Famous for magnificent boating across miles of waterways joining 41 sheets of water, the Broads are an environmental paradise, home to a variety of plants, animals, insects and birds. To many they are a holiday dream of tranquil waters and mystical adventures in the spirit of Swallows and Amazons.

Martham is blessed to have one of Broadland’s rivers and its own Broad: The Thurne, running along its northern parish boundary and Martham nature conservation Broad. Books abound that will tell you about The Broads but I will restrict myself on this website to the historical aspects of the river and broad.

The photograph below shows the main features of the Thurne near Martham. Centre left you can see Candle (or Kendal) Dyke that leads to Heigham Sound and Hickling. Beyond Bracey’s drainage mill are Martham Pits where clay was excavated for making Martham bricks and adjacent to that the unique ferry swing bridge. The river turns sharply right at Dungeon turn skirting the south of the Broad before heading to Somerton Dyke. In the 14th century there was a fishery on the river which was near what is now Martham Boatyard shown at the foot of this photo. The fishery was called Cobhams Weir and an area of marsh nearby is still called Cobham’s Furrow. This was in the ownership of Cobham College Manor which you can read more about by clicking HERE.

Martham sits on the northern side of the Isle of Flegg cut off by its boundaries of the rivers Thurne, Bure and the North Sea. Flegg is from an old Danish word flaeg meaning a ‘place where reeds grow’ which is a good description of what the area was like in the Middle Ages because the Broads did not exist then. It was a place of marsh, fen, reeds, and water-logged peat soil. The depth varied depending on climate, for instance in the Bronze Age (approximately 2500BC to 800BC) peat formed in the fresh-water swamps around the edges of the ‘Island’. In the Roman period higher water levels resulted in a huge river estuary at Breydon Water (Great Yarmouth did not exist) and some people speculate that these levels meant that the river Thurne and all the low lying land around it was nothing more that a ‘swim’ and the Thurne, that passes Martham, followed a channel from west to east eventually flowing out into the North Sea in the area of what we now call the Hundred Stream between Somerton and Horsey. Arthur Cornford’s theory of Roman “centuriation” plus Roman coin and pottery finds, mostly from the north side of Martham tend to support the idea that in Roman times this part of the hinterland would have been accessible from the coast and Martham was ideally situated to overview any incursions.  The route of the Thurne can be seen in this aerial photograph taken after a very dry spell in 2018 which revealed the former course of the river running into the Hundred Stream.

Some locals claim that the Hundred Stream still has water fed from the sea by an underground stream where once many years ago the River Thurne ran into the sea. It may also explain why, when there is a substantial high tide, water from bore holes at Strawberry Farm, Cess Road are salty.

It is claimed that long, long ago there was a lock at the coastal end of the Hundred Stream that could be opened to let water out and that posts were exposed in 1921 that were the remains of the lock. How long it is since ships sailed in and out of the Hundred Stream is a mystery. In 1938 for a brief period after the marrams had been breached by the sea it is said that water was seen trickling through the gap into the path of the Hundred Stream.

The hundred streams were so called as they divided the areas and old districts that could provide 100 men to hold arms at the call of the local Lord. Some of the boundaries still remain in the form of district boundaries for Councils or parishes.

By 11th century the marshes had dried out and became valuable hay making meadows grazed by sheep.  Bullocks were used for ploughing and along with cows were taken to the common and meadows to fatten.

In the 13th century on each side of the river Thurne were hay meadows apart from poor water-logged land of scrub one of which was known as Dunsyn and is still preserved by the name Dungeon Corner which is a sharp bend in the river heading east before your reach Martham Broad.

From the beginning to the mid 14th century peat digging was at its height. Locally peat was dug in long blocks called turves of about three and a half inches square and two feet in length. Thousands were cut and were an important income source for the manor. There are records that show 105,000 turves were cut at Ormesby Broad during 1336-37, enough to fill a barn and it is likely that similar quantities were cut at what is now Martham Broad. Climate shifts changed things again and by the end of the 14th century peat diggings had been flooded and as an example in 1380 the Cathedral Prior of Norwich stopped using peat and replaced it with wood for fuel in the kitchens. By this time peat diggings were mostly flooded and the diggings at Martham would have become Martham Broad.  Whatever direction the Thurne and Bure had previously flowed had, by the 15th century, changed to the course taken today from the marshes of the Hundred Stream westward round Martham and then south to join the Bure at Thurne Mouth.

The result now is that Martham Broad is very shallow and boats are limited to a narrow-marked channel. The broad is a nature reserve of over 140 acres and is managed by the Norfolk Wildlife Trust.

You may also like to read the following complimentary pages: Heigham Holmes, Martham Ferry, Staithes. 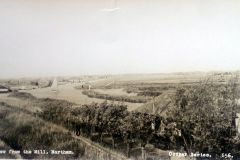 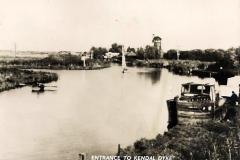 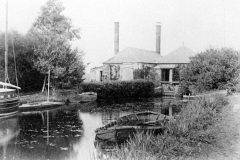 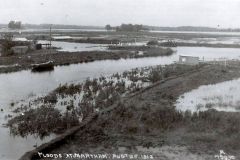 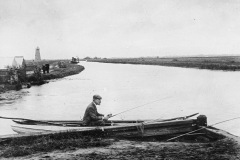 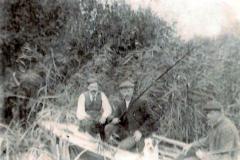 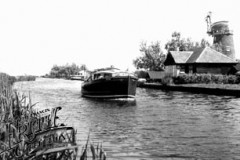 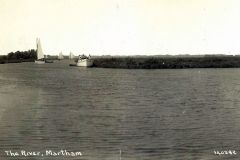 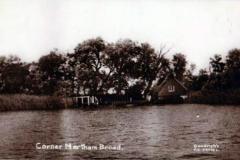 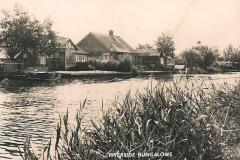 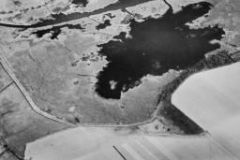 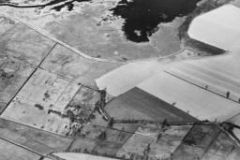 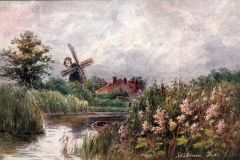 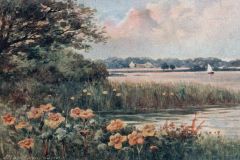 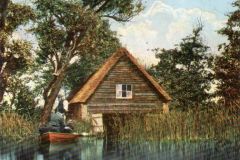 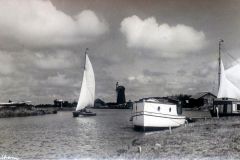 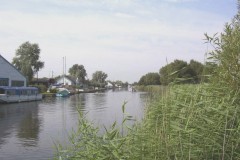 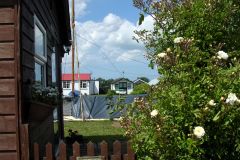 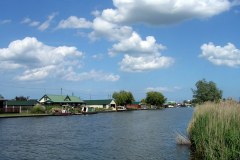 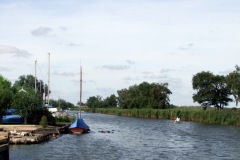 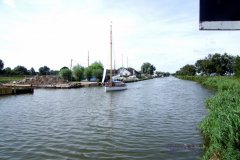 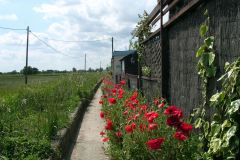 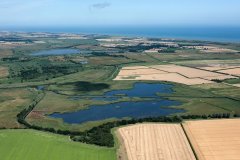 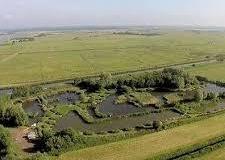 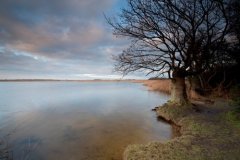 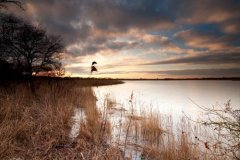 Back to Index page

All these were found in Martham