After the Reformation, at the end of the 1600’s, religious controversy still raged in Britain.  Protestants who did not wish to use the Book of Common Prayer* and who did not approve of the ordination of clergy by bishops were referred to as ‘Dissenters’.

Like everyone else those people who lived in the Martham area and wished to worship together outside of the established church, even if meeting in a house, were required under the Toleration Act of 1629 to register their meeting place with the Bishop’s  Registrar in Norwich and pay a fee of 6d. (2½p).

Methodists made their first application for a Bishop’s Licence on 16th September 1813. It was made by John Beverley, Robert Beverley and John Goose. Their followers numbered only 11 when they built their first chapel on land sold to them by Sarah Deary which is believed to have been adjacent to Clarke’s Farm in Staithe Road on a plot now occupied by a bungalow. The group obtained a loan of £230 from James Norton of Stokesby to build the chapel but struggled to repay the balance which was written off by Mr Norton’s executors after his death.

Before a group in a country area like ours reached this stage, they would have been heavily influenced by travelling preachers.  Robert Porter, in his ‘Strangers Guide to the Polite Village of Martham’, which was published in 1830, describes how the village green was used as a gathering place for people to listen to fringe preachers or ‘Ranters’ in the early 1800’s. They provided great entertainment and became very popular for critising the wealth based established church and instead spoke to the more ordinary folk in terms they could more readily identify with.

Many of these ‘Ranters’ would have been itinerant preachers sent out from the Norwich or Great Yarmouth Methodist Church to preach on village greens and fair ground meeting places. In this way the popularity of the Methodist Church became more established and new chapels followed. John Wesley was the most famous and fiery exponent of Methodism and preached twice at Caister-on-Sea in 1786 & 1788 which local followers would have thought nothing of walking to.

Typical of these itinerant preachers was James Wheatley who attracted a large following as a preacher in Norwich but was expelled from the Methodist movement in 1751 by John Wesley following allegations of immoral conduct.

John and Charles Wesley visited Norwich in 1754, when the scandal about Wheatley was at its height and Charles established a church in a ruined building which became known as the ‘Foundry’. Norwich was a hot bed of Methodism and John Wesley visited Norwich more than 40 times. He also visited Great Yarmouth and King’s Lynn frequently, as well as many other Norfolk towns and villages. It is not known if he ever visited Martham but his influence in the area was heavy.

These ‘Ranters’ were not always approved of by the established church and in 1801 the then Vicar of St Mary’s Rev.Paul Whittingham identified a Methodist Preacher,  a weaver from Norwich called Chamberlain, as espousing a doctrine “productive of much discontent amongst the lower classes.”
(Per Flegg Rural Deanery Visitation Return).

The 1851 census tells us that Methodist worshippers in the village numbered about 120 whilst about 530 declared themselves to be Anglican. The movement grew in numbers because they cared for ordinary country people and encouraged everyone to speak at  church meetings. It was probably around this time that they built their second chapel which we now know as the Oddfellows Hall in Black Street. (The Oddfellows used it later). The Methodists continued to use this chapel until about 1881 when the present one in Repps Road next to their Minister’s house was opened.

*Authorised in 1662 for use in all churches.

With acknowledgement to Ann Meakin of the Martham Local History Group who researched much of the original information for this page.

There is an album of photos below for the church. Click a thumbnail for a close-up and scroll through all the images from there. 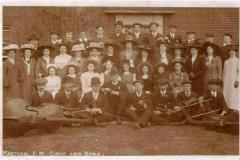 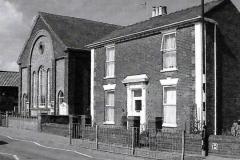 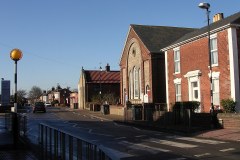 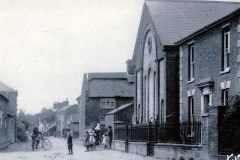 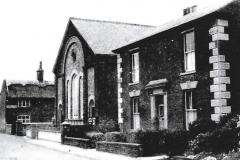 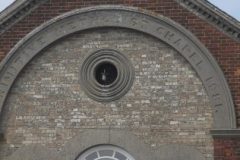 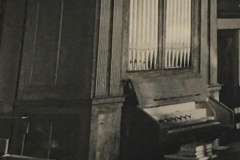 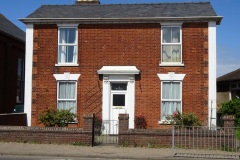 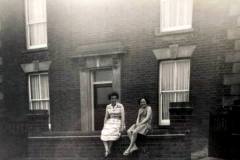 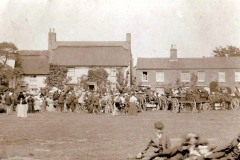