In the Roman period the geography of this area was different to today. The area that was to become known as Martham in Anglo-Saxon times (410 to 1066) was situated on the northern edge of an island now known as the Isle of Flegg and it certainly had some Romano-British settlers. To the south of the Isle the rivers Bure and Yare flowed into a wide estuary between Caister-on-Sea and Burgh Castle. When the Romans settled in the area, they built a fort at Burgh Castle (Garriononum) and a walled town and port at Caister-on-Sea, to oversee the south and north points of the estuary.

The Isle of Flegg was deeply indented on it’s inland side by what is now called Ormesby Broad. To the north the Isle was separated from the mainland by water or possibly watery marsh centred on the area of the Hundred Stream, between roughly what is today Somerton and Horsey.

It has been suggested that a road led north from Caister-on-Sea to the known Roman settlement at Wayford Bridge near Stalham but no evidence of a road has ever been established.  People have also speculated that the Romans, having occupied Caister on-Sea would not have wasted the rich farm land north of the port and perhaps established a military outpost on the north of the Isle of Flegg.  Nevertheless, until the late 1970’s, there was no solid evidence of Roman settlement on the north of the Isle of Flegg.

In 1971 Arthur Cornford, who lived in and ran the former Youth Hostel in Damgate Lane, published his theory that present-day land boundaries across the northern half of the Isle of Flegg suggested settlement patterns belonging to the Romans, called “centuriation”. You can read the detail of this below.

In 1979 field walking and metal detecting surveys in and around Martham led to the first evidence of Roman occupation in the village.  These initial finds have since been supported by a small but steady number of subsequent Roman objects found after hundreds of hours of metal detecting which have proved beyond doubt that Martham was definitely once occupied in a small way by Romano-British people.

Photographs of finds made in Martham from the Roman period are shown after the next section.

The Pattern of Roman Existence in North Flegg

In 1971 Arthur Cornford, who lived in and ran the former Youth Hostel in Damgate Lane, published his theory that present-day land boundaries across the northern half of the Isle of Flegg suggested settlement patterns belonging to the Romans, called “centuriation”. He presented the following paper to the Great Yarmouth and District Archaeological Society on 19th February that year at which time there had been no Roman finds to support his claims but since then a small number of finds have confirmed that occupation during the Roman period did exit here. This map illustrates his theory that follows.

“Sheets TG41 and TG42 of the 2.5 OS map are needed to follow this piece, for it deals with the pattern of map features which extends, in particular, from Mill Farm, Bastick (431165) to the Martham/Somerton boundary.  These two features are many miles apart, yet they are parallel, and with them also march the Rollesby – Martham Common footpath which crosses the B1152 at 4411174; Ferrygate at 452188; the roads between Martham Hall at 460175; Moregrove at 455190 and the bulk of the north-south boundaries in the area. This last feature is more apparent on the older maps of the 6” or 25” editions.

East of this area lies another set of parallel features, aligned with the access road to Bloodhills Farm at 475185.

East-West features on the map are not lacking, but only one is at right angles to the dominant north-south series, and that runs from Grange Farm at 437172 to 457180 and on the 25” plan can be traced further east still.  An interesting anomalous feature is the Winterton-Hemsby-Somerton parish boundaries line, extended west to Martham Hall by an old road.  The diversion of the south end of Collis Lane antedates the railway.

There seems to be no evidence that this orderly pattern was imposed on the landscape by a medieval magnate.  A somewhat similar pattern appears at Clippesby and Ashby where 420155 is about the centre of it.

Such regular and rectilinear land boundaries suggest Roman land settlements of the type called ‘centuriation’.  The government divided the land up into hundreds of blocks and leased it off to farmers who paid taxes like ordinary traders. Ex-servicemen’s colonies had slightly smaller land units and paid no taxes.”

“A rather conjectural Roman road links Caister through Rollesby via Pug Street to Smallburgh but apart from the hedgerows and tracks that mark it, there is not a trace of heavy construction work or metalling etc. This road led across the present River Thurne and linked up near Wayford Bridge with the east-west road which passed through Brampton to the distant Fenland farming enterprise of Roman Britain. Writing in the Times of 2nd February 1952 the President of the GY & District Archaeological Society urged us to remember that the importance of a port (i.e. Caister) is directly dependent on the prosperity of its hinterland. He argued that Caister must have been an important port. Can it have left its immediate hinterland, the light fertile Flegg soils, as unexploited as is thought? Up to the recent past Martham sent market garden produce to Yarmouth by horse and cart, and Martham fishermen used to walk to and from Yarmouth once or twice a week. In terms of Roman transport, the whole of Flegg must have lain within the immediate influence of Caister.”

“The maps, photographs etc on which I have worked are kept here at the Youth Hostel. Many problems are unanswered and many possibilities are unexplored. It would be a sign of the success of this article if some readers also tackled the problems raised by the patterned landscape of Flegg.

Use your mouse to hover over an image to see a description. Click on an image to enlarge it and you can then scroll through the rest. Unless marked separately the finds were made by the site owner. 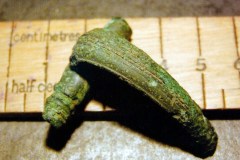 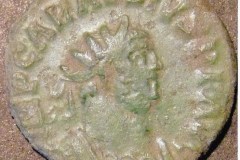 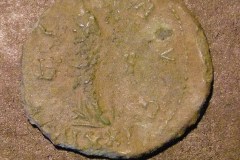 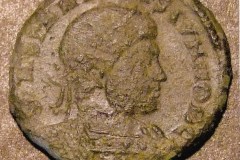 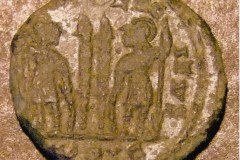 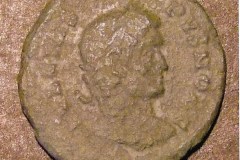 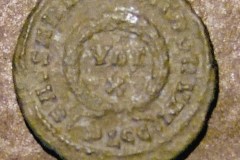 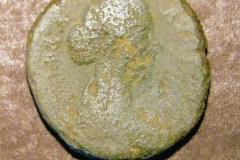 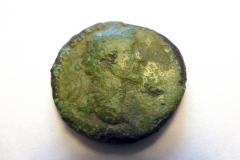 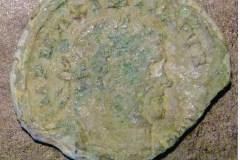 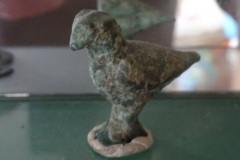 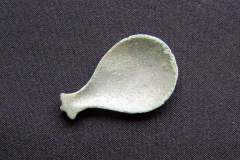 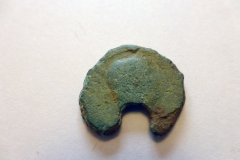 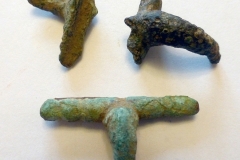 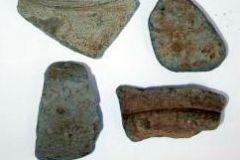 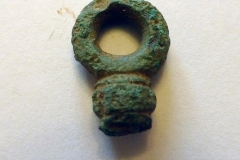 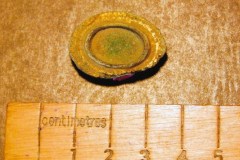 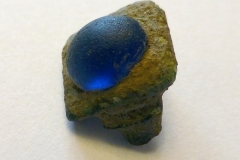 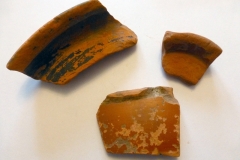 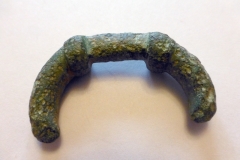 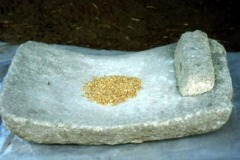 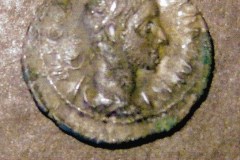 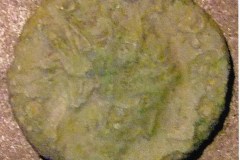 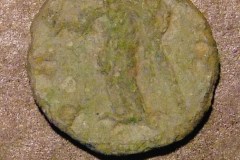 Back to Ancient History