Records for medieval Martham mention two roads, one running east-west and the other north-south. The latter was called Feregate which is what we now know as Ferrygate. The road ran from the River Thurne proceeding south to the village centre and then on to Rollesby.

The ferry at the north end of Ferrygate at its junction with the River Thurne is the only access to Heigham Holmes nature reserve which is closed to the public except for a couple of ‘open days’ each year.

Half way along Ferrygate to the east is a farm track that leads to Moregrove the former second manor of Martham. The track is part of definitive footpath No4 so you can go up it with confidence and follow the footpath round the farm for views of Moregrove and its pond.

Towards the south (top) end of Ferrygate on a 90 degree bend is an offshoot, single track concrete road that leads to Thunder Hill. It looks like a private road to a farm but once again is a public footpath (definitive footpath No6). Follow this just a few hundred yards and you get wonderful views of the River Thurne, Hickling Broad, Horsey Mere, Horsey Windmill, Martham Broad, the coast and on a clear day Happisburgh lighthouse.

Just before Ferrygate joins Staithe Road is Clarkes Farm which is one of the oldest houses in Martham.

You may like to read these pages that compliment this one: The Ferry, River Thurne & Martham Broad

Archaeological finds have indicated two potential ancient occupation sites just off the east side of Ferrygate not far from the Staithe.

In 1982 a concentration of prehistoric potboilers, or burnt flints, was discovered during machine dyke dredging at map reference TG4465 1922. The area of spread was about 16 metres square on both sides of the dyke at a depth of about a metre below peat and above white clay levels. In 1996 further finds were made adding to the 1982 finds. Large potboilers were recovered in the centre of the site and smaller ones around the edge.

In 2006 two possible ditches, both undated and of unknown purpose, were visible as cropmarks on aerial photographs and other faint linear and curvilinear cropmarks were visible in the same field. They were at map reference TG4468 1906. 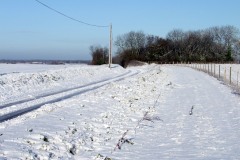 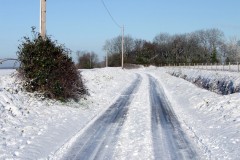 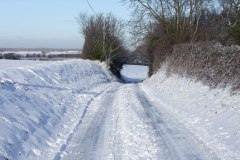 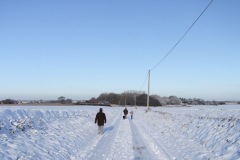 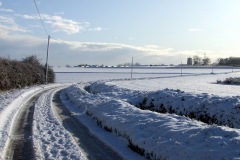 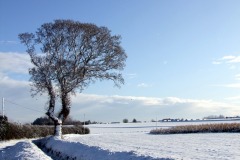 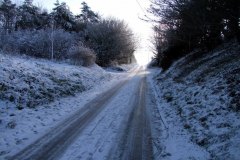 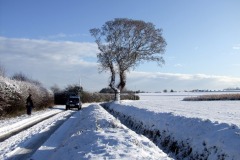 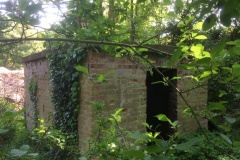