The ferry at the north end of Ferrygate at its junction with the River Thurne is the only access to Heigham Holmes which is closed to the public except for a couple of ‘open days’ each year. The 500-acre isolated marsh and grazing land is owned by the National Trust and managed as a nature reserve. It is let to a local farmer who keeps cattle on parts of it under the guidance of the Trust. The only use of the ferry therefore is for farm vehicles. Even on ‘open days’ access is only allowed on foot. Before the first pontoon bridge was constructed in the 19th century the river had to be crossed by boat.

Records for medieval Martham mention two roads one running east-west and the other north-south. The latter was called Feregate which is what we now know as Ferrygate. The road ran from the River Thurne proceeding south to the village centre and then on to Rollesby. So, even in those early times it is apparent that the river was an important artery and it seems inconceivable that the land across the river would not have been used even if only as grazing meadows. It is very unlikely that there was any form of bridge there in medieval times but it was probably a crossing point where farmers could swim sheep or cattle across.
The earliest reference we get to a bridge being there is a lovely entry written by *George Christopher Davies in his book The Handbook to the Rivers and Broads of Norfolk & Suffolk in 1880 which said:

“When we emerged from Kendal dyke into the main stream, we turned to the left, and in less than a mile reached Martham Ferry, which was stretched across the river while some wagons were passing across. This ferry is a large raft, which is kept in a recess on either side of the river, and floated across, reaching from bank to bank when required. There is no one to tend it, and if it happens to be on the other side, a wayfarer must wait until someone appears on the other side to get it across. It is a wonderfully clumsy thing to look at, and is not regarded with friendly eyes by the wherrymen, who run their wherries full tilt against it too often at night, or when, with the wind astern, they are unable to stop. One wherryman, exasperated beyond endurance, let his wherry go at it with all her force when running before half a gale, but only smashed the bows of his vessel, not moving the ferry a bit or injuring it, for it is heavily bound with iron to withstand such experiments.”

In 1926 the 19th century pontoon bridge was replaced with a similar swing bridge. It apparently had concrete abutments with a steel winch and a post from which a linking girder connected to a floating platform. Its regular position saw it tucked into the bank leaving the river open to boats. When farm traffic needed to cross to Heigham Holmes the floating pontoon had to be manually pulled across using the winch. In 1926, the farmers who owned land across the ferry made an agreement which declared that “Each proprietor shall forthwith, on signing this agreement, pay to an account to be called the Martham Holmes Floating Bridge Account a sum proportionate to his or her acreage of such amount as may be required to provide a floating caisson bridge with all necessary fittings, gear and appliances.” This bridge was grade II listed at the time and lasted just over 60 years.

In 1987 a new bridge, operated by pulling on a chain, was constructed. Like the caisson bridge it replaced, it had to be left open so as not to obstruct river traffic. You could pull on the chain in only one direction so needed a rowing boat to cross if it was open to river craft and you needed to cross to Heigham Holmes. This bridge lasted for 25 years but river traffic was getting busier and demand grew for a more automated opening and closing mechanism.

The present bridge was built  by Jackson Civil Engineering and was installed in 2012. It works on a similar principle to the earlier models but is an electrically powered automatic floating bridge. Its regular position is in the open to river traffic state. To cross by vehicle, it has a tank beneath it which is pumped full of water which lowers it to the road level. To open it to river boats, the water is pumped out, the bridge rises to floating level and is swung sideways back to the riverside.

You may also like to read about “The Strange Case of the Blocked Ferry” by clicking HERE.

Bertie Murrell. Facebook 28.1.2018. I can remember as school kids after school going down to the ferry in the summer we would be straight out and down there. In those days there were no ‘private’ signs. On the right-hand side Mr Kirby had a boat shed which housed a really beautiful launch when it was on the river it always flew a Union Jack – really impressive. On the other side (Somerton Side) local farmer Willie Alston had a speedboat named ‘Miss Roberts’ I used to love seeing that go and would encourage him to go fast. On the other side George Gallant (Millum) had rowing Boats for hire. There was always something in it to bale it out and if you were really in with him you could hire one with a Seagull outboard. I don’t understand how it all worked then but there were no private signs anywhere.
Willie Alston owned most of the marshes over the Ferry, now called Heigham Holmes and owned by the National Trust.
If we saw a cruiser coming from Candle Dyke we would close the Ferry to river traffic and when they got near we would shout and ask them if they wanted to come through, if they said yes we would open it and they would throw you either two bob or half a crown or other money if you couldn’t catch it it went in the river –
must be loads of money in there.

Crew Turner. Pulled the ferry open and closed many times, boats want to go through or fishermen wanting to go to far bank.

Lisa Webber. hat’s where I learned to swim, dog paddling from one bit under the ferry to the next… yaaay, and squirmy mud on the bottom made you keep your feet up!

Terry Turner. I can remember Carl Gallant swimming the ferry, we were in awe. I went back there about twenty years ago and it didn’t seem half as wide. I never did swim it myself; I doubt I will now.

Bertie Murrell. I can remember Roger Annison and some more of the older boys used to climb on the top rail of the ferry and dive in – quite frightening.

* George Christopher Davies was born in 1849 at Oswestry, Shropshire, the son of the solicitor David Christopher Davies. His father was a noted Shropshire geologist and passed his love of nature to his son. Davies moved to Norwich and served as the Clerk of the Peace, Clerk of the Norfolk County Council and conservator of fisheries for Norfolk and Suffolk. 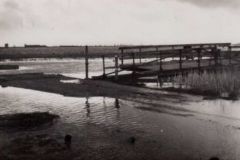 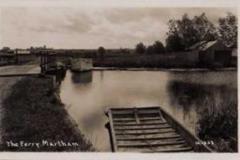 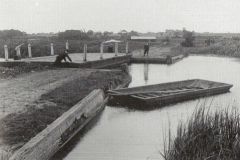 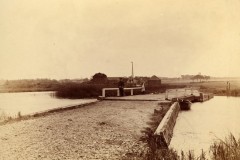 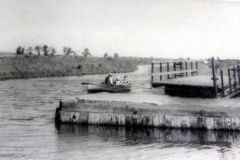 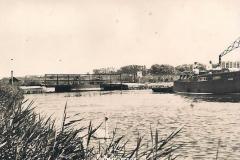 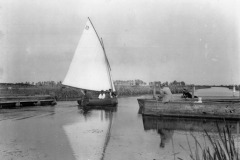 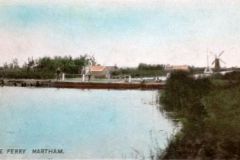 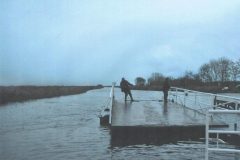 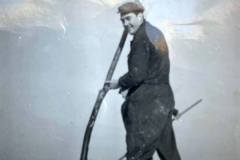 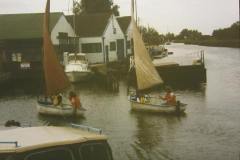 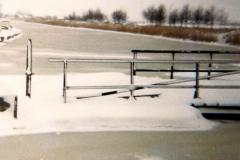 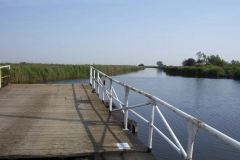