Martham Boatbuilding & Development Company or Martham Boats as it is affectionately known is the epitome of Martham and its surroundings in the heart of the Norfolk Broads. Long established as a village icon it attracts many holidaymakers who return year after year. To many their boatyard at Cess on the River Thurne is the gateway to a magical world of water and wilderness in which memories linger from childhood and mingle with the stuff of Swallows and Amazons.

Right at the start it was more of a community boatyard than a family one. Maurice Davey was an apprentice to the yard of Herbert Woods. It was there that he laid the foundations of his craft. In common with other apprentices he longed to have a boatyard of his own. This wishful thinking took place before the war. The war itself provided a further development of his skills. At a naval base in Shetland, Maurice Davey was responsible for the repair and renovation of all kinds of naval craft. It was a wonderful opportunity and on his return home, in 1946, he set about putting his long-held dreams into practice.

And so, in the company of James (or Jimmy) Brown, his wife Phyllis, Frank Skoyles and Derwent Wright, Martham Boatbuilding & Development Company was born. Jimmy Brown was the Managing Director, Maurice, himself, was the chief designer.

The early years saw mainly cruising yachts and the ‘June’ series of launches. From out of this relatively modest start there grew the now familiar ‘J’ fleet ‘Janets , the ‘Janes’, ‘Janices’, ‘Judiths’ and ‘Juliettes’. At the top of the range there still remains the ‘Silver Jubilees’. In addition to the Js there are the half deckers as well as riverside bungalows for the non sailors.

The 1950s were the growth years; the 60s and 70s were the Golden Age. The success was mainly due to a clear-sighted vision of what was wanted, an appetite for hard work and that quality of Norfolkness, which may be called mucking in.  Everyone, employees, directors and their wives rolled up their sleeves and worked together running the yard, carrying out the maintenance and cleaning the boats at turn-round. Not least were the frantic hours of washing and drying and ironing the linen every weekend during the season.

Despite the designing skills and the practical talents of Mr Davey, the yard was widely known as Browns yard. Although many individuals contributed to the setting up of the yard, either financially or by bringing their skills and talents to work, it was Jimmy Brown and his wife Phyllis who were at the heart of things right from the start.

Jimmy’s particular talent was building. He had the skill to translate the designs of Maurice Davey into the realities of the riverbank. Those same craft, with the unpretentious but appropriate girls’ names, endure to this day. Some are still in the  fleet. Others have been bought out and given a make-over, which puts them into the luxury class on a par with similar wooden craft on the Broads. Their intrinsic beauty resides in line and proportion coupled with quality materials and loving construction right from the outset.

Because of the growing success of the company, Jimmy Brown was able to accomplish what most lovers of the Broads can only dream about, owning a wherry. Hathor – photographed right – was bought in and for many years had pride of place at the moorings at the yard. And there she did service as a houseboat and sailing trips.

At one time Martham Boats was the third largest in Broadland and for 35 years, from its inception in 1946, Jimmy Brown remained at the helm until terminal illness forced him to retire. However, he was fortunate enough to see the business pass into the hands of his son-in-law Gordon Curtis along with his sons Patrick and Ian.

In order to remain viable, changes had to be made. This meant selling off several boats, including the Wherry, Hathor, and diversifying and developing parallel aspects such as DIY facilities for would-be boat builders or renovators, and a complete range of chandlery.

In recent years there have been many other improvements These have included building a new riverside office in 2007. The main riverside bank, where the majority of moorings were was raised, re-grassed and the old quay heading was replaced with a new one.  A larger car park with a smoother surface and proper drainage was provided and the approach road from the middle wall was levelled and tarmacked.   At the same time, the main dyke beside the yard was widened and re-quayed so that some yachts could be moored conveniently awaiting customers!

In 2009, Ian became interested in Stand Up Paddleboarding (SUP) and he had the idea of bringing it to the Norfolk Broads.  It is windsurfing without the sails as he called it.  Early in 2010 Ian and Engineer, Alan Cox, undertook training and became fully qualified ASI Level 1 Instructors.  A few months after their training, Martham Boats became an accredited ASI SUP School teaching Flat Water and Rescue Skills. In August the same year, they held the first ever Norfolk Classic SUP Race from Wayford Bridge to Martham with a shorter course from Thurne for inexperience  paddlers.

After being approached by the Norfolk Broads Yachting Company in November 2011, Martham Boats became the proud owners of 12 additional yachts to their hire  fleet, including ‘Zoe’, built in 1897, along with ‘America’,’ Lapwing’ and ‘Palace’ which are based on small wherries.  In November 2012 ‘Clipper’ was welcomed back into the fleet, after having been in private hands for many years.

Over the years, if all the boats were hired out, the company was short of a tugboat!  So, in 2013 ‘Gudveig’ was built  and she made her grand entrance at the Barton Regatta!

The bungalows ‘Happy Days’ and ‘Quiet Hours’ were given new quay headings and both bungalows have been gradually upgraded and modernised.

The old wet dock was demolished and became an improved mooring site for the fleet. In February 2015, a small Broads cruiser called ‘Tumblehome’, with her distinct red canopy, was added to the fleet and has proved extremely popular with customers.

The Company were very saddened by the passing of Phyllis Brown in 2015, at the grand old age of 101.  Phyllis had always been a stalwart member of the Company, from the time when she had supported her husband, Jimmy, in running the Company in the 1940s.

Also, during 2015 general improvements to facilities continued, with the ‘Kendal’ bungalow having the bank raised and new quay heading provided.  The DIY Shed was improved with two new roller shutter doors and the general office and engineers workshop had new entry doors fitted. Late in the same year the second part of the roadway, up to the junction at Goose Farm, was levelled and tarmacked.

The Company continues to progress with new yacht buildings added and they have embraced new technology with a constantly updated website. The company may be historic but appears to have a bright future. 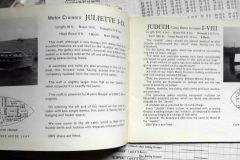 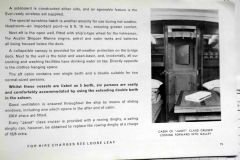 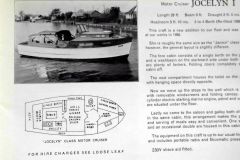 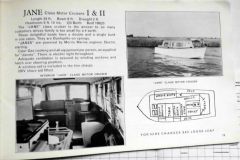 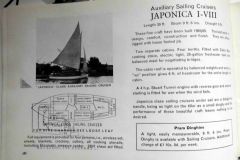 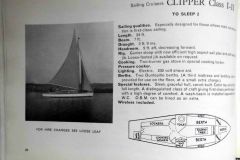 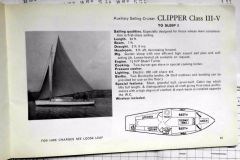 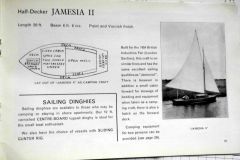 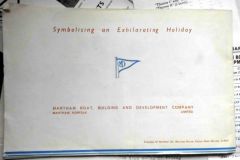 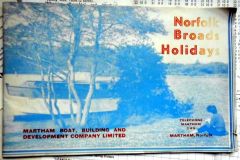 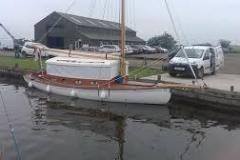 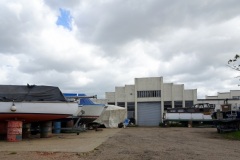 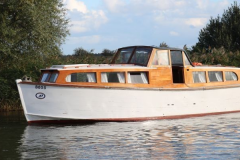 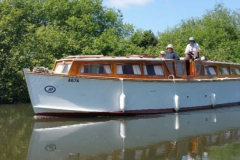 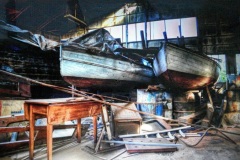