After the Reformation, at the end of the 1600’s, religious controversy still raged in Britain.  Protestants who did not wish to use the Book of Common Prayer* and who did not approve of the ordination of the clergy by a bishop were collectively referred to as ‘Dissenters’.

Like everyone else those people who lived in the Martham area and wished to worship together outside of the established church, even if meeting in a house, were required under the Toleration Act of 1629 to register their meeting place with the Bishop’s  Registrar in Norwich and pay a fee of 6d. (2½p).

Before a group in a country area like ours reached this stage they would have been heavily influenced by travelling preachers.  Robert Porter, in his ‘Strangers Guide to the Polite Village of Martham’, published in 1830, describes how the western corner of Martham Green was used as a gathering place or preaching corner for people to listen to fringe preachers or ‘Ranters’ in the early 1800’s. They provided great entertainment and became very popular for critising the wealth based established church and instead spoke to the more ordinary folk in terms they could more readily associate with.

Many of these ‘Ranters’ would have been itinerant preachers sent out from the Norwich or Great Yarmouth Baptist Church to preach on such village greens and ‘fair’ meeting places.  In this way the popularity of the Baptist Church became more established and new chapels followed.

The first Baptist application for a Bishop’s Licence from Martham has been traced to 1800. In their application dated 15th January 1800, Thomas Pickers, a cordwainer (shoemaker) certified that “a certain new Elected Building called the Meeting House………is by him designed and set apart as a place for religious worship of Almighty God for the divers of his Majesty’s Protestant subjects dissenting from the church of England called Baptists”. It was adjacent to the old Baptist Burial Ground beside the footpath leading westward from Black Street into Oak Tree Close. Its first leader was Mr Wiscard Davey and it was a branch of the Great Yarmouth Baptist Chapel which was founded in 1785. That building would probably have been clay lump or a wood framed corrugated iron structure and lasted 78 years but has long since disappeared. It is said that there were several memorials to Baptists on the walls that were moved to the new chapel but have since vanished. The 1841 census lists Samuel Cowling as the Baptist Minister and he lived on The Green.

A small Baptist church, probably made of wood and corrugated iron, once stood on a site beside what is now Oak Tree Close. With its graveyard, this served as the place of Baptist worship before the present Baptist Church was built on the north side of the Green. In 1812 this land was owned by Moses Linford who at the time was head of a prominent Baptist family and it is almost certain that he gave the land for the building of the chapel and graveyard where the Linford family grave is situated. The chapel was recorded in the 1842 Martham Tithe Award as plot 30 in the name of ‘Chapel Trustees’ and this is how it looks on the Tithe Award map.

In 1879 a commemorative foundation stone was laid when building of the present Baptist Chapel on the north side of the Village Green started. The chapel was built in red bricks given by Mr Moore of Martham and it included a kitchen, coal store and provisions for a school room. On 29th March 1880 its opening services were held as reported in the Norfolk News article shown below. The new chapel could accommodate 170 people and one of its first ministers to preach in the new church was the Rev. Charles Stovell who lived a couple of doors away at Brooklyn House in 1881.  He seems to have had a record of travelling to new churches in various parts of the country and by 1891 he had moved to become the Pastor at Chudleigh in Devon where another new church was being established.

It is apparent that the Church needed repairs by the mid 1920’s and in 1925 an article appeared in the Independent & The Journal newspaper on 9th August that year about a fete held at Sutfield House in aid of the Baptist Church renovation fund. A copy of the rather long article is shown below with a transcription of the first part of it.

After singing a hymn the Rev Evan Williams offered pray and the Rev J Wooding (Pastor) extended a very cordial welcome to all present and then called upon the President of the Norfolk Baptist Association (Mr. Copeman) to declare the fete open.

In well chosen words Mr. Copeman said that he brought to the church at Martham the good wishes of the Association and spoke hopefully of the work carried out  there. It gave him great pleasure to associate himself with the effort of that day and declared the fete open.

There followed a long list of contributors and participants to the fete stalls plus afternoon and evening entertainment.

*Authorised in 1662 for use in all churches.
With acknowledgement to Ann Meakin of the Martham Local History Group who researched much of the original information for this page.

The graveyard off Oak Tree Close was used up to 1924. It was a complete jungle for many years and so overgrown that you could not get into it. In 2008 the Parish Council and Baptist Church undertook a major project to reinstate it to a standard befitting those who are buried there. The work was completed with the help of the offenders pay-back scheme and the Church has maintained in it good order ever since. The graveyard is now open to visitors and helps with the growing interest in family history.

27 people can be identified from the 19 gravestones but the spacing suggests other burials which are now unknown. This is a chart of the layout of the plots.

This is a list of who is buried in each plot. You can find out more about each person by clicking ‘People’ here (or from the main menu) and then selecting their name from the full list of people.

This is an album of photos of each grave by plot number, plus some general shots. Click a thumbnail for a close-up and scroll through all the images from there. 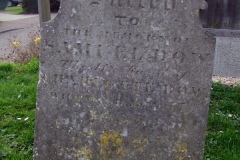 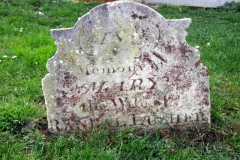 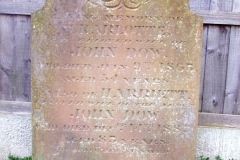 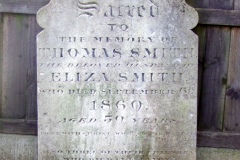 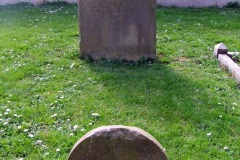 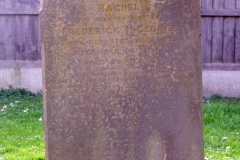 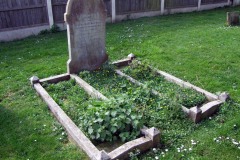 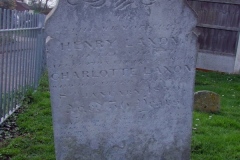 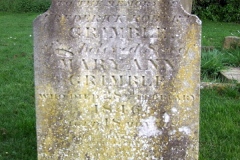 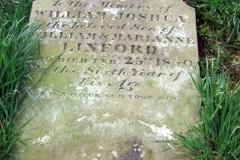 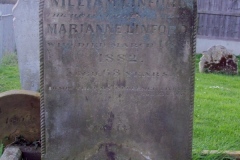 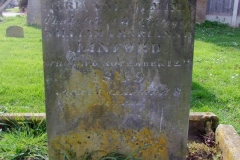 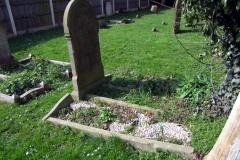 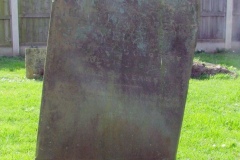 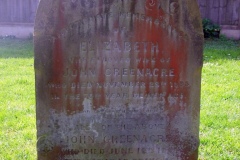 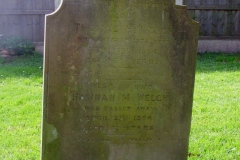 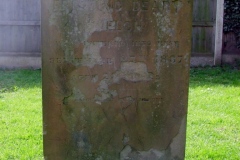 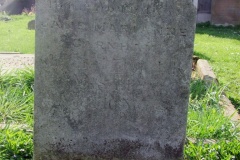 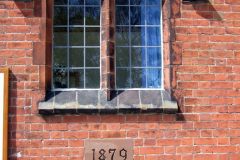 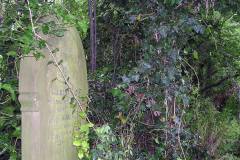 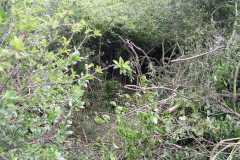 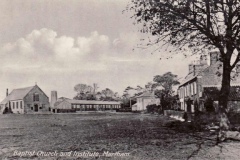 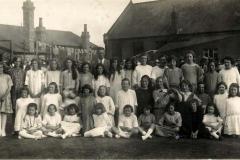 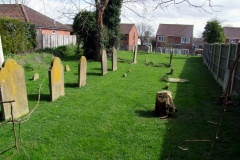 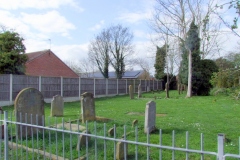