Towards the end of the war in 1919 communities up and down the country began to express the need for memorials to those who had given their lives in the great war. The official policy of not repatriating the dead meant that these memorials were the main focus of grief for thousands of families and communities across the country.  Martham was no different and in 1919 villagers came together to suggest suitable memorials to those who had fought and died in the War. The decision was made to build a memorial Institute Hall – see village hall – and a stone memorial. The Vicar, Rev. Herbert Webster obtained permission from the Church authorities for a Latin Cross to be erected opposite the south door of St Mary’s and a beautiful design for the cross was provided by F. J. Perfitt Monumental Stonemasons of Stalham.

A Roll of Honour Board also stands in the Methodist Church.

The Yarmouth Independent newspaper reported the opening dedication in its edition of 24th July 1920:

“With all fitting circumstances and solemnity Martham’s War Memorial was dedicated on Sunday afternoon (18th). Glorious summer weather shone upon the ceremony. Remarkably impressive proceedings were heralded by a muffled peal of the church bells. A large number of ex-service men paraded on the green and marched to the church under the command of Quarter Master ??.  A group of boy scouts from Winterton under the lead of Scoutmaster Dyble attended and assisted the police in helping clear the entrance of the church. The Martham troop of Guides and Brownies were also present under Misses Banner, Kirkland and Linford. The beautiful church was crowded, even standing room being unavailable and many remained in the churchyard.
The service was conducted by the Vicar Rev. Herbert Webster; the lessons were read by Rev. R Wright, Baptist Pastor & Rev K Hudson, Primitive Methodist Minister. The musical portions of the service consisted of well-known hymns and psalms, Miss Page being the organist.  The names of the 39 brave men and one young woman who made the supreme sacrifice were read out by Archdeacon Leslie Carr, Vicar of Great Yarmouth, who also gave a touching address expressing the deep debt of gratitude to those who had fallen in a great cause and also to those who had returned and heart felt sympathy to the relatives and friends of the departed.
The ex-service men then marched to the Memorial which has been erected opposite the south door of the church and adjoining the public path which runs through the churchyard. Mr Herbert W Jeary, Chairman of the Parish Council and the Memorial Committee asked Councillor W H Bayfield, the Mayor of Great Yarmouth to unveil the Memorial and the Archdeacon to dedicate it.  The last post was sounded by Mr F Alcock and the National Anthem sung. The Memorial consists of three octagonal steps on which rests a square block on the front of which is an inlaid tablet bearing a suitable inscription and on the other three sides tablets containing the names of the fallen. From this rises a column surmounted by an ornamental cross.”

In keeping with other memorials across the country the Martham war memorial commemorates the War as 1914-1919 whereas the War is more often referred to as the 1914-1918. The reason for this is that the Armistice came into force at 11am (Paris time) on 11th November 1918 (“the eleventh hour of the eleventh day of the eleventh month”), marking the complete defeat of Germany. Whereas the 1919 date refers to the year the Treaty of Versailles was signed. This was the peace treaty drawn up by the nations who attended the Paris Peace Conference and officially  ended the state of war between Germany and the Allied Powers when it was signed on 28th June 1919.

Often commemorating both those who fell in the conflict or who died in other ways giving service the Martham War Memorial lists 40 men and one women from the 1914-1918 conflict. Later a further 10 names were added to similarly commemorate those from the 1939-45 War. These are those commemorated:-

There are number of photos here relating to the War Memorial. Click a thumbnail for a close-up and scroll through all the images from there. 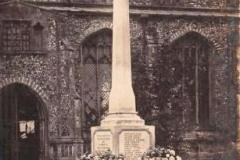 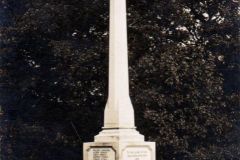 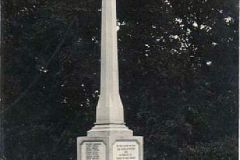 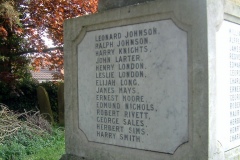 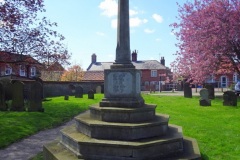 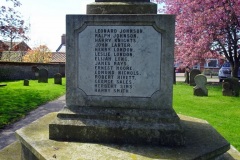 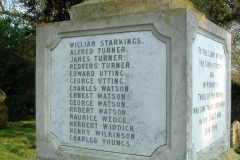 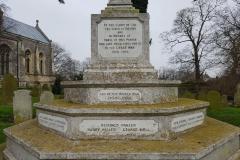 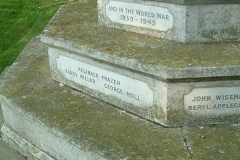 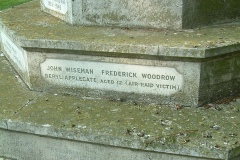 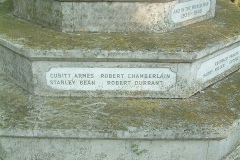 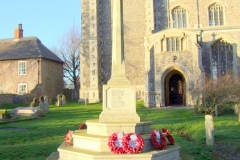 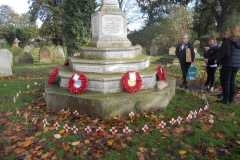 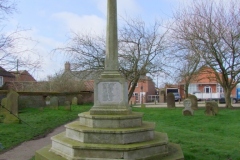 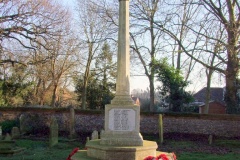 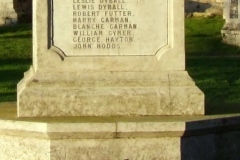 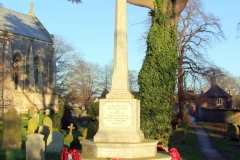