Bell Yard cottages stand just off White Street backing on to St Mary the Virgin graveyard and date from the very early 19th century.  Originally, they consisted of two pairs of semi-detached cottages but are now two houses.

The earliest indication of the existence of the cottages comes from the 1812 Martham Inclosure Award as shown, highlighted in green, on the map on the left below. This early depiction seems to show less properties than exist now, but this may only be a drafting quirk. The plot on this official map is not numbered and therefore this source does not list an owner. However, another map exists which was compiled by one of the 1812 Commissioners for the purpose of claiming expenses for his work. His map is shown on the right below and the plot is numbered 194 which he listed as being owned by William Rising (1769-1846) of West Somerton who was a major landowner in the area at the time.

Faden’s map of 1797 precedes the 1812 maps but does not show any indication of properties at Bell Yard so it is almost certain that William had the cottages built sometime between these two dates and they would have been occupied by his farm tenants. The cottages still provide examples of Martham made red bricks with traces of English bond, but intriguingly architectural archaeologists have spotted earlier bricks in the upper walls of the house furthest away from White Street, so it is possible that the builders used bricks from an earlier structure on the same, or from another site.

Based on the name Bell Yard it is claimed by some that the cottages were named after the area where the church bells were made but this is unlikely as the bells pre-date the cottages by hundreds of years and are known to have been made in London, Norwich and Thetford.

When they were built the cottages would have been very rudimentary and made use of an odd area of waste land sandwiched between the graveyard and a very large barn, again owned by William Rising, which is illustrated in the photograph below. You can just make out one end of the cottages behind the barn. At a time when similar properties would have shared an outside well and toilet facilities in the back yard these cottages didn’t even have a back yard and, as now, no windows, overlooking the graveyard. They shared the yard space at the south facing front side where one, or perhaps more, outside toilets existed. The remains of one can still be seen in the garden of No 57/59.

Thirty years after the 1812 Inclosure Award came the 1842 Martham Tithe Award. The Tithe Award was drawn because the Tithe Commutation Act of 1836 required that payment of tithes in the form of farm produce should be replaced by money payments. Maps and lists were drawn up to show who was liable to pay the tax. Bell Yard cottages appear on the Martham map as plot No348 as shown below and the list of owners that accompanies the map again lists William Rising as the owner. Buildings are shown in pink and barns or outhouses are outlined in black and not coloured so there were some attached outhouses at the east end of the full block next to White Street. The large barn opposite the cottages, which was part of the Martham House estate, is also shown.

The cottages were inherited by the descendants of William Rising who died in 1846 but by the end of the 19th century a succession of the Rising family members had left Martham and the Martham House estate was let to a series of gentleman tenant farmers. Either they or the Risings would have continued to let the cottages and rent would have been paid to them. The tenants would have worked for them and in a few cases, like the Amis family at No2, (now No55) remained there for more than one generation.

As the Rising family interests in the Martham estate came to an end the cottages were sold, along with the whole of the rest of the estate, in 1908. The following description of the cottages was given in the auction sale catalogue:-

The purchaser was William James Bracey (1847-1922) a very successful local builder and farmer who lived at the Manor House, Back Lane, Martham. After his death his business continued to be run by his son and the Trustees of his estate. They eventually put it up for sale in 1937 and Bell Yard cottages were again included in the auction sale along with Bell Meadow. The new owner was William Alexander Alston whose family farmed hundreds of acres of land centred around Billockby but he lived at Elmside in White Street.

In common with other cottages of this age they were not originally numbered. The population was so small that tradesman would have known everyone by name. By 1891 they were numbered 1 to 4 with number one being at the White Street end. When more formal numbering came into place they were numbered odds 53 to 59 with No1 becoming No53 and so on.

By the late 1930’s the cottages and adjacent Bell Meadow were owned by George Arthur Bailey who lived at nearby Sutfield House in White Street. He was a market gardener and nursery man whose greenhouses covered just about all of what is now the Bell Meadow estate. The cottages were probably occupied by his workers but by the mid 1970s they were in a very poor state of repair and were subsequently sold for modernisation. Thus 53 & 55, next to White Street, became one house and numbers 57 & 59 were also merged. What the cottages had lacked in depth they had gained in width and once combined provided a large ground floor space to include a separate modern kitchen. The two steep staircases have been removed in No 53/55 and a new one installed.  Both properties were substantially renovated in the mid to late 1970’s with renewed roofs and extensions to bring them up to modern standards. The end result is that these four, 200-year-old cottages, have become two very comfortable character homes.

The age and variety of brickwork used in the houses can be best seen from the rear overlooking the graveyard. Here you will see examples from all ages of the buildings from brick and flint through to modern re-building. The following eight photos show the extent of the variation including what appears to be a very old window.

The table of occupiers shown below gives clues about how the cottages were used over the years. The most significant feature between 1841 and 1911 was that at least 97 children lived there and perhaps more as this is based on those listed in census returns taken every ten years and others would have probably been born and died between returns. They were raised in properties that had no internal water supplies, no electricity, no bathroom and no modern facilities like hoovers or fridges. The toilets were outside and would have been emptied once a week by the night-soil man. They had two bedrooms but one was accessed directly off the stairs, known as a landing bedroom, and the second one could only be reached by passing through the first. The bedrooms were divided by a rudimentary studwork wall. Large families were not unusual despite their only income coming from poverty-line farm labourers wages. In 1891 and 1901 the census recorded that each cottage had three rooms which were one downstairs room immediately off the front door that included a scullery plus steep, narrow stairs beside the chimney that led to the two bedrooms. A toilet, well or water pump would have been shared outside. The situation seems to have changed a little by 1939 when William Alston had become the owner and the cottages were mainly occupied by older tenants plus Cubit Armes who worked for Palmers of Great Yarmouth.

Several of the occupiers were laid to rest in the adjacent churchyard and the following have graves there only a matter of feet from their former homes:- 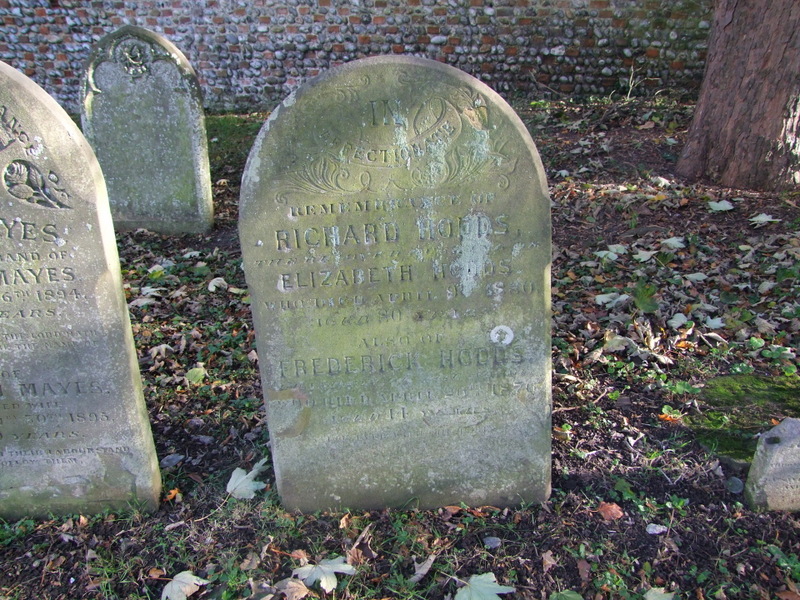 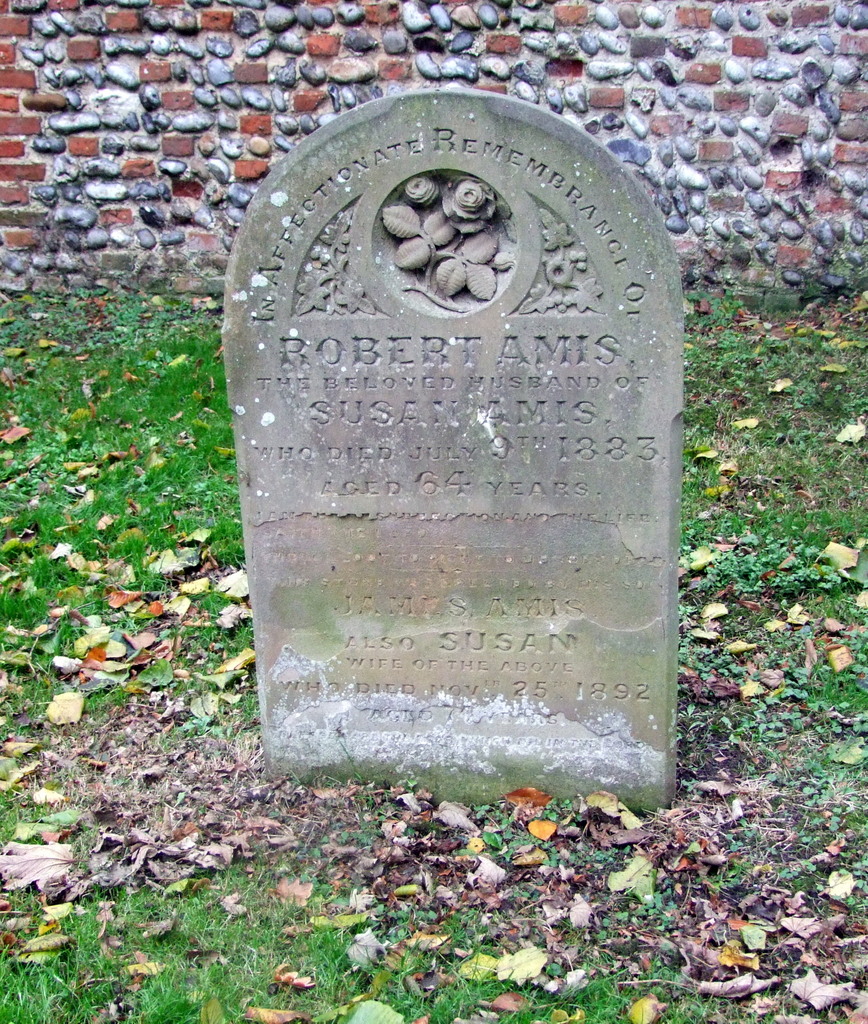 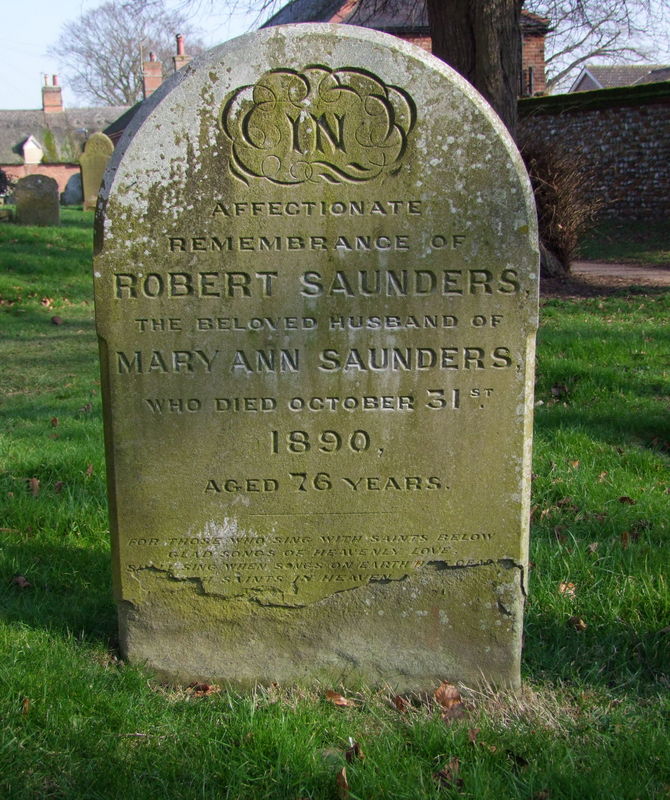 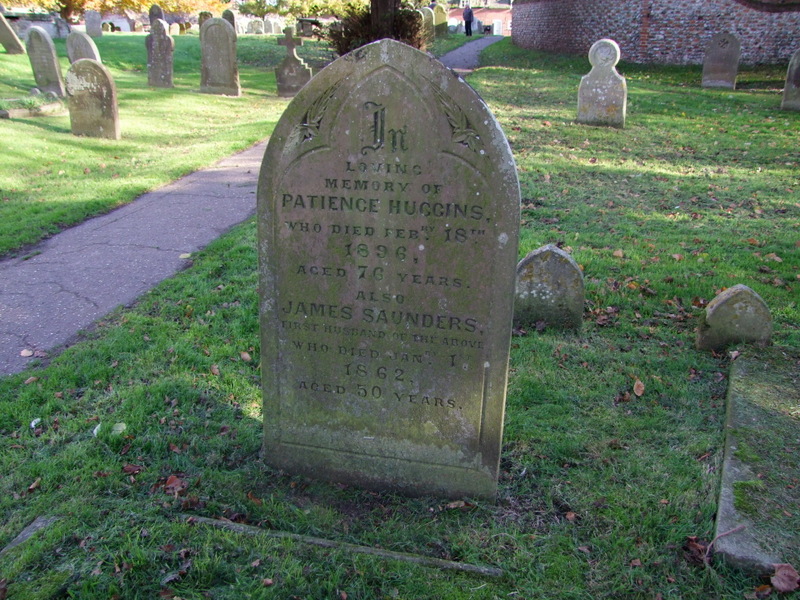 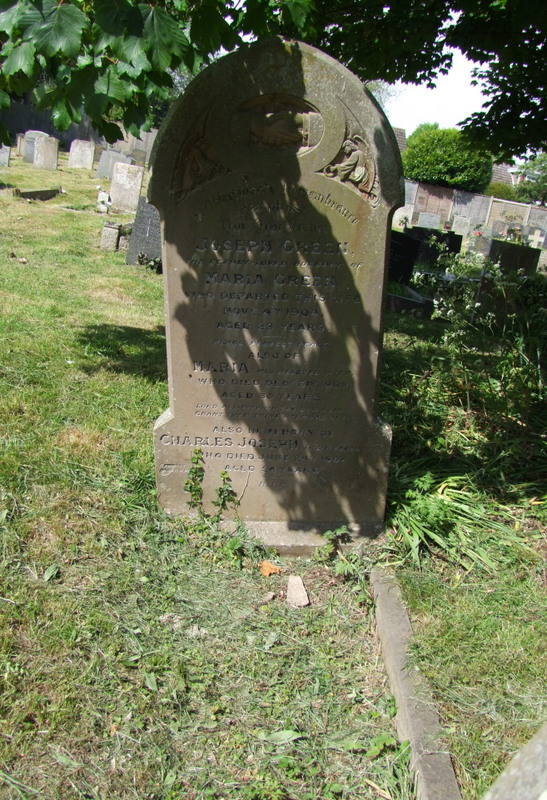 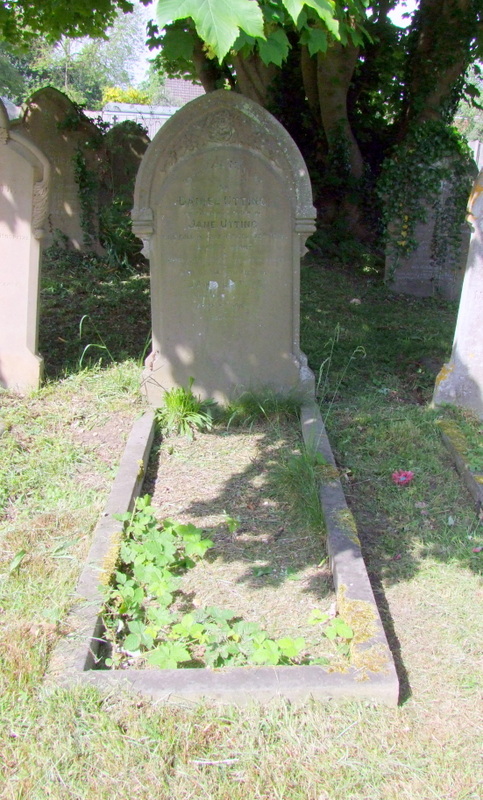 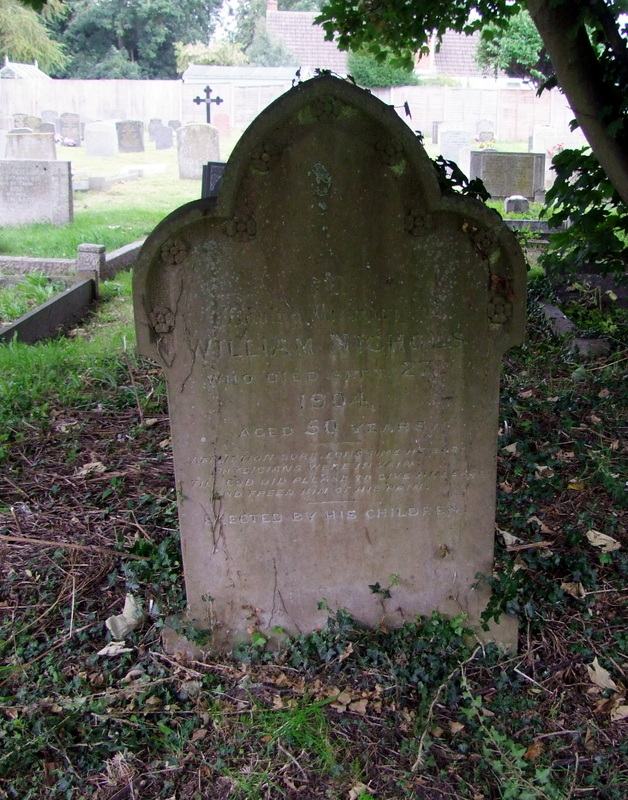 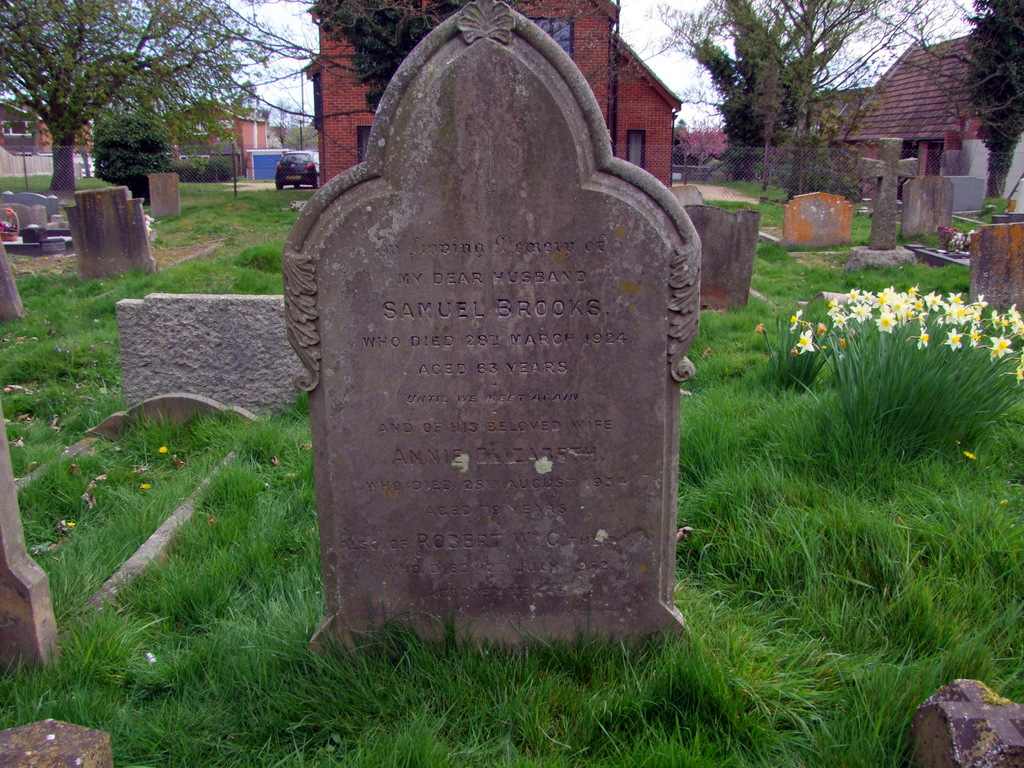 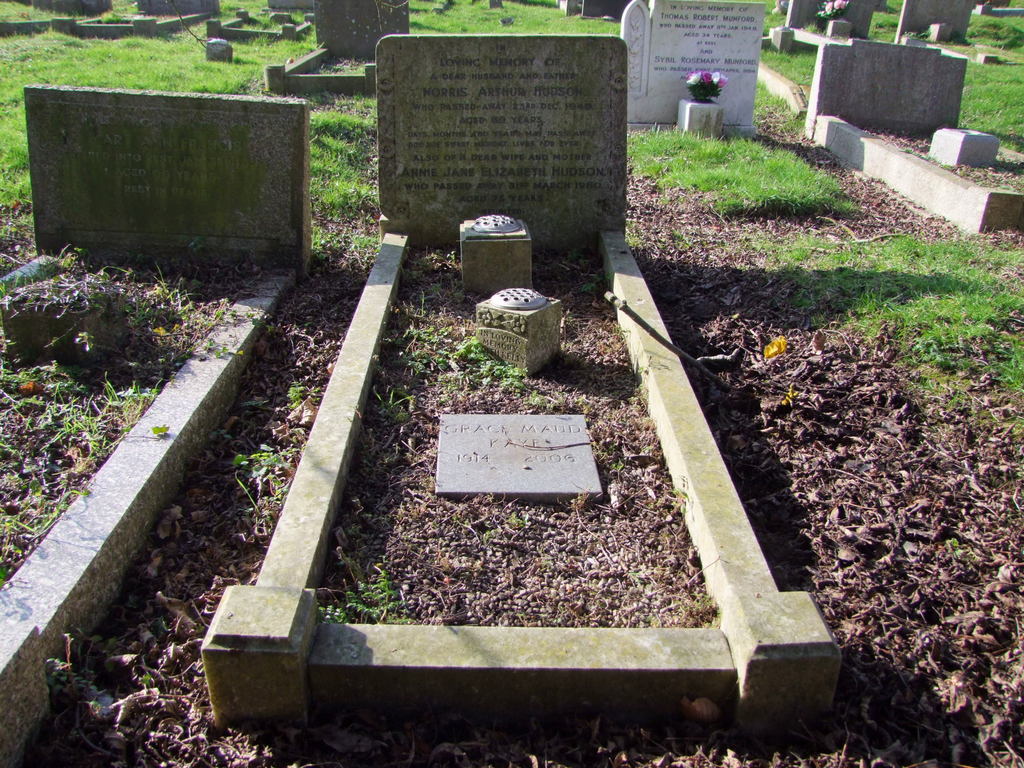 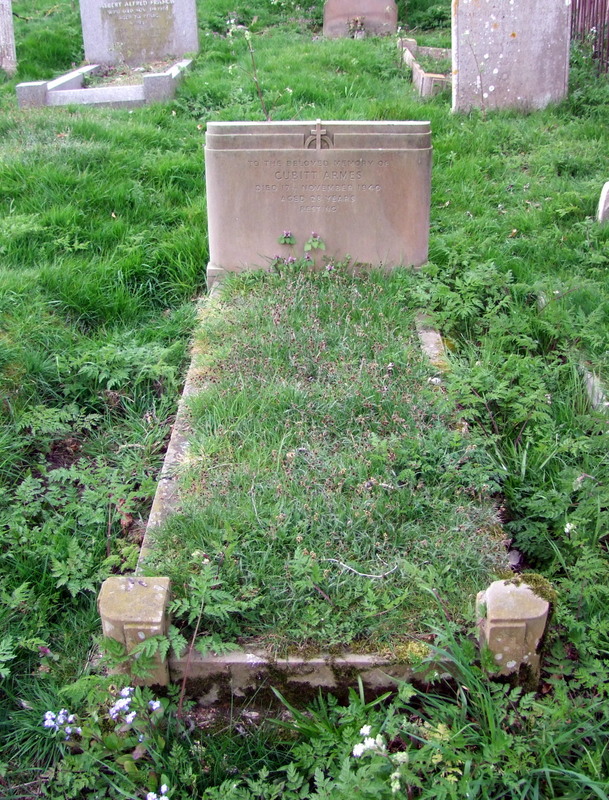 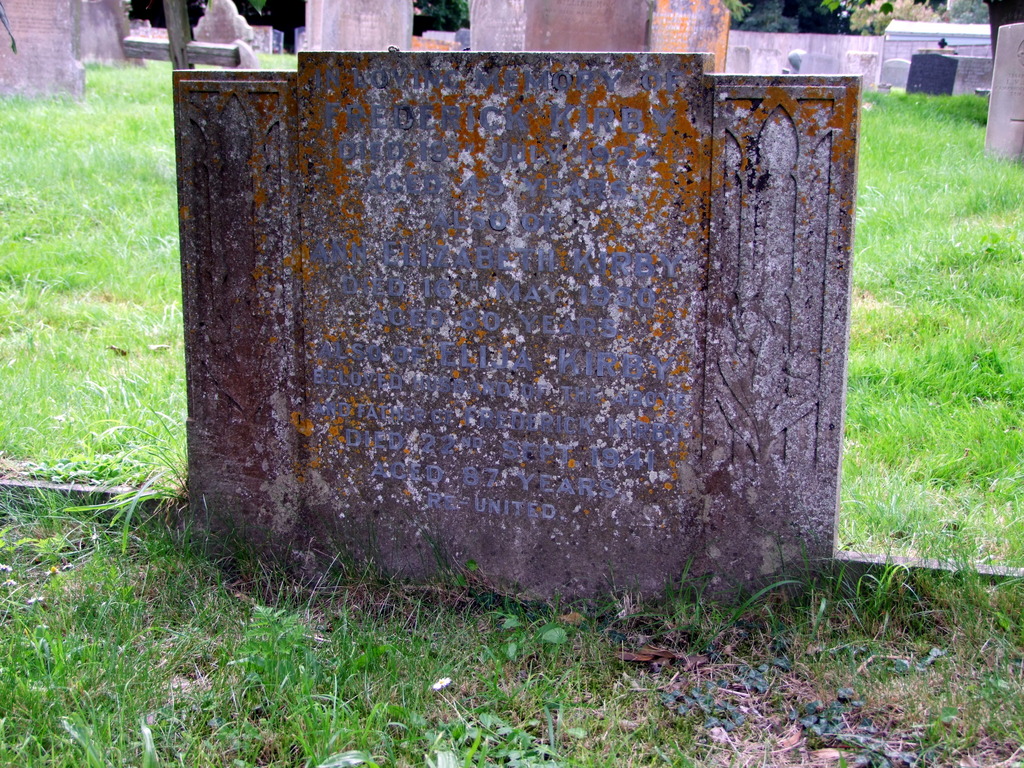