This ancient road has always been the link between Martham, villages to the east and the coast.

Not many people would think of Council houses as being historic but the 16 that stand to the north side of the road are coming up to 100 years old. They were built by the now defunct Blofield and Flegg Rural District Council between 1925 and 1927.

The photographs below show date panels on all the houses except numbers 71 & 73. Why would this be? Well sadly the reason is a tragedy. In 1940 one of the earliest air raids by a German aircraft took place and it bombed these houses. The result was complete devastation of the semi-detached pair but even worse was that a family of eight was living in one. They were Charles & Pheobe Applegate and their six children aged form 4 to 18. Some escaped injury completely and others went to hospital but their 12 year old daughter Beryl was killed. For more information about Beryl click here. The result was that this pair of houses were re-built and a close look reveals small differences like the style of the porches.

At the very west end of the road, opposite the Church Hall, is a 90 degree bend into White Street which locals call Knights Corner. This is a reference to the family that lived in the Somerton Road end of the bend and in particular to Bob Knights who was one of those old time characters who worked as a general horse trader and slaughterer the like of which we don’t see any more. See below left.

The photo above right is again on Somerton Road and this young man is ‘Troubles’ Gallant. Taken well before 1950 you can see the old style ‘school’ sign in the background.  The track to the left, behind ‘Troubles’ is called Pratts Loke and leads across to Hemsby Road. It is officially called a B.O.A.T. (Byway Open to All Traffic). The telegraph pole in the background is on Somerton Road. Part of the buildings behind him were occupied by the Knights family and they were demolished in the 1950’s. Where they stood is now Sam & Lily Warnes bungalow. They and the Goffin family, Ada Woolard and her husband lived along there a long time ago.

At one time there was a telephone box on the little triangle of land at the junction of Somerton Road and Staithe Road. Is was decommissioned by BT and in 2011 was taken over by the Parish Council, refurbished, and used as an information point for a while before being moved to the Community Centre in 2019. 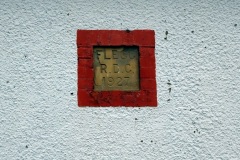 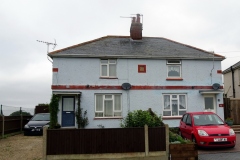 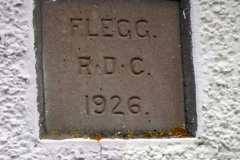 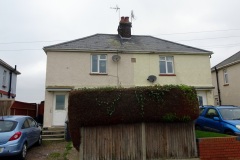 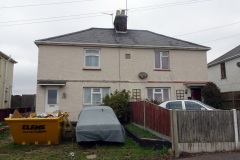 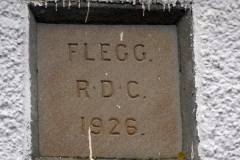 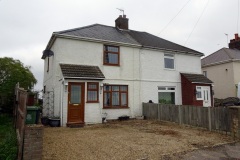 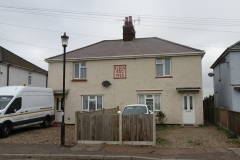 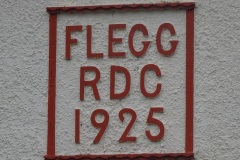 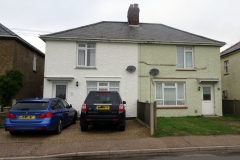 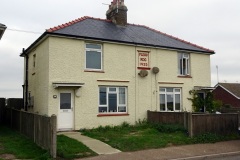 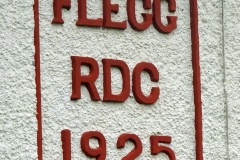 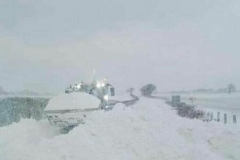 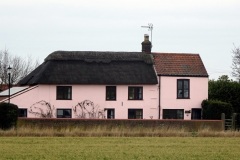 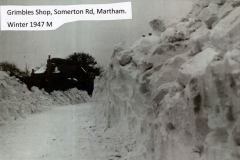 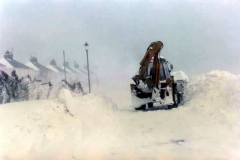 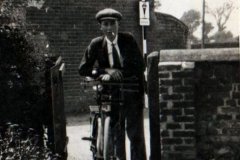 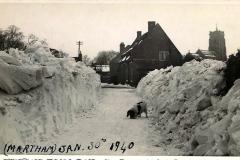 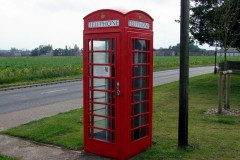