The properties that make up the Island Site are 17a The Green (cottage), 17 The Green (house) and the former general store to its rear. The numbering is recent of course but I will call them by these numbers throughout for clarity. Both properties are Grade II listed by English Heritage. See under their building ref: 227695.

The cottage (17a) is one of the oldest surviving houses in Martham. It probably dates from the mid to late 18th century. What we see today as one cottage was once two. A bricked-up door can be seen to the right of the existing front door when standing with your back to The Green. When it was two cottages they must have been tiny, possibly little more than one up and one down, perhaps divided on the ground floor by a scullery to the rear.

It may be easier to follow the family using this family tree:

Their father, Thomas, made a Will dated 28th March 1788 leaving the south half of 17a to his daughter Mary (who was already living there with her husband John LeNain) and the north side of his property, where he lived at the time, to his son Thomas Dixon (who later married Alice Clarke).  So, the house was a semi- detached cottage in 1788 and it was certainly the only house on the island site with a large garden where 17 The Green and the former shop are now and this must have remained the situation until at least 26th December 1801 when Thomas died.

We move on and some of the above information is confirmed when Thomas (1765-1829) paid the Land Tax on the properties in 1804 & 1805. He was also listed in the 1812 Martham Inclosure Award as living near The Green as a freeholder and occupier of a cottage and garden. Thomas was a shoemaker and traded from the cottage so it would have been busy with customers visiting the premises. Thomas and Alice did not have any children and consequently Thomas left his half of the semi-detached cottages to his great niece and nephew, the children of Anna LeNain who married Isaac Manship .

Likewise, the 1812 Martham Inclosure Award and subsequent Registers of Electors from 1832 to 1845 listed John LeNain as living near The Green as a freeholder of a house and land. He died in 1845 and is buried at St Mary’s. John & Mary, nee Dixon, had a daughter called Anna (1783-1811). She married Isaac Manship in 1807 at St Mary’s. They had four children between 1808 & 1811 but only two survived to become adults, one was Thomas Manship (1811-1893).  It was in about 1811 that the house 17 The Green was built next door to the cottages on the former garden plot of 17a perhaps as a result of Isaac & Anna’s growing family which would have needed more space.

In 1841 the census tells us that John LeNain lived with his grandson Thomas Manship (1811-1893) and Thomas was a grocer running a shop with his half brother Isaac at the front of the house (No17) facing The Green. We know that John had owned half the cottages so it seems that by this time he and his Manship in-laws  owned the whole of the Island Site after the death of his daughter Anna.

In 1841 Thomas and his half brother Isaac Manship (1817-1892) ran the small store from the front room of No17 where Thomas lived with his wife Frances. It was probably their father who built the barn to the rear of No17 that was known as the Manship barn -shown in the photo below – before it was converted into a general store more famously run by the Francis family. The father of Thomas & Isaac was Isaac Manship (1782-1849) who had been married to Anna LeNain. He was a successful land owner and farmer and it was his descendants that developed what today is the massive Manship Farming Estate based at Ormesby St Margaret.

The 1842 Martham Tithe Award listed 17 The Green as plot No. 324 owned by Thomas Manship (1811-1893).  It covered the north and west side of plot No 325 (17a) which was owned by John LeNain but was occupied by Richard Greenacre (1792-1866). Richard was married with six children and lived on the other side of The Green in a large house near the corner of Hemsby Road so it seems that he traded from 17a as a shoemaker which the property had been known for under Thomas Dixon. A copy of the relevant part of the 1842 Tithe Award map showing plots 324 & 325 is shown below.

John LeNain died in 1845 without making a Will and we now come to a long period where I am uncertain about who lived at 17a as it is not possible to identify it from census returns or trade directory records. Richard Greenacre continued to live at The Green and traded as a shoemaker according to the 1851 and 1861 census records but his precise address is not made clear. He died in 1866 and from then on until at least 1901 I cannot trace the owners or occupiers of 17 or 17a.

On 3rd November 1906 two dwellings were sold on the Island Site and the vendors were Isaac William Manship and James William Bane. This Isaac Manship (1839-1923) was the great, great grandson of John LeNain so it seems that 17a had passed down through the Manship line. Isaac had become a farmer and lived at Great Ormesby at the time so 17a may have been let.
James William Bane was a very successful grocer who lived and traded across the road at Norwich House and was probably mentioned in the transaction as a mortgagee of Isaac. Isaac Manship and James Bane sold the ‘two dwellings’ to Henry William Francis which resulted in the tenure by the well-known Francis family. They had the general store to the rear of No17 for many years and you can read more about them by clicking on their name.

The people named under this tax include both owners and occupants of property in England and Wales that were subject to the national land tax. Two Acts under George III led to the creation of these tax lists. The registers list owners and occupiers of land that were subject to the tax but do not provide details of the properties. They record the amount assessed and sometimes a redemption date. Because this was a national tax, these records almost provide a mini census. If your ancestor was a landowner or renter, they will very likely be listed in these records.

Below are more photographs of the Island site taken at various times. Click on any image to zoom in and then scroll. 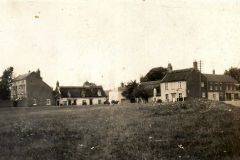 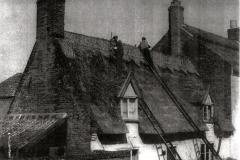 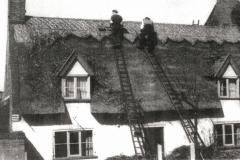 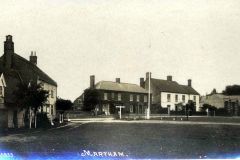 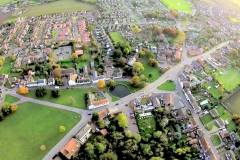 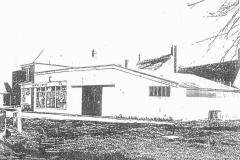 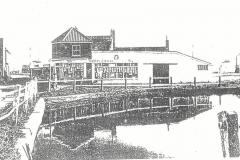 Back to Buildings Back to Places