Norwich House has stood centrally in the village for over two centuries on the north side of the village green. Part of it was a shop for many years but today it is a family home.

Who built Norwich House and how did it get its name? There is no record of who built the house or how it got its name. Martham does not have one great family associated with it that may have had the resources to build such a fine house in the centre of the village. But there have been several well-to-do farming families who lived in the village during the late 18th to mid 19th centuries. In this category fall families like the Creaseys, Garnhams and Purdys who were inter-married and as we shall come to see were all associated in some way with Norwich House.

The earliest available formal map that indicates Norwich House is the 1812 Inclosure Award shown below.  The plot that includes Norwich House is outlined in pink.  Inclosure Awards are legal documents recording the ownership and distribution of land. They set out to show ownership of land by individuals, churches, schools and charities, as well as roads, rights of way, drainage and land boundaries. They were not particularly drawn up to identify properties and so the plot on which Norwich House stands is not numbered and is not therefore listed in the schedule that accompanies the Award but we do at least know from this that the house was built before 1812.
The owner of plot 329 (that seems to cover more land than that occupied by Norwich House today)  was Robert Ward (1749-1829) and it was listed as having a house, stable, yard, garden and blacksmiths shop. Robert was believed to be a blacksmith but the question remains, was he wealthy enough to build Norwich House as we know it now or was there a more modest house there before the present one?

There is also a unique Martham record that shows the house in a curious little journal written by Robert Porter called the “Strangers Guide to the Polite Village of Martham”. He was the ecclesiastical Parish Clerk for many years and wrote his somewhat jocular book in 1830. In one part of it he describes his journey arriving at Martham from Hemsby and goes on to mention some of the larger properties around the Green. He does not directly mention Norwich House by name but a little hand drawn illustrated map in the book shows Norwich House as one of a set of houses to the north of the Green in the same position as the 1812 Inclosure Award Map.   His sketch map is shown below with Norwich House indicated.

The next logical step is to look at the 1841 census return (which is shown at appendix NH1841) and the 1842 Martham Tithe Award as these often compliment one another as they were only a year apart.  In this particular case they do not help much and in some respects only serve to confuse. Norwich House is not specifically named in the 1841 return and may not have been named as such at that time. To add to the confusion Robert Ward Jnr. (born 1788 and the son of Robert Ward mentioned above in 1812) was listed as living at the Royal Oak PH with his wife Martha. He was the licensee and also a blacksmith. The Royal Oak was believed to be the same building as Brooklyn House is today next door to Norwich House which, despite knowing this, still can’t be clearly identified.

The 1842 Martham Tithe Award listed Robert Ward (Jnr.) as the owner of plot 329 which is the same as that owned by his father in 1812. A copy of the Award map is shown below.

Note that the plot seems to have been sub-divided and the outline of Norwich House is clearer plus another small building is shown to the west which later became Mountfields. On the face of it the 1841 & 1842 situations do not seem to add up but the Tithe Award was drawn because the Tithe Commutation Act of 1836 required that payments of tithe in the form of farm produce of the land and labour should be replaced by money payments. Tithe was a tax, which was paid to the church authorities. Tithe maps generally show the boundaries of woods, fields, roads, waterways and buildings. The Award lists Robert as both the owner and occupier of plot 329 on which Norwich House stood but (in 1841) he lived next door at the Royal Oak PH or the Royal Oak was his business and he lived at Norwich House.

Again the 1851 census does not specifically name Norwich House but by using the walking order of other entries and eliminating some of the other known people listed we can identify an interesting change of occupier. See appendix NH1851. The new occupier was Charles Purdy (1817 to 1880) who was a grocer and draper and was single but employed two apprentices.  Twenty-one months later he married Elizabeth Mary Garnham (1825 to 1914) at St Mary’s thus bringing together two of the most influential local farming families of the day and in addition they also had links to the Rising, Creasey, Pearse and Robins families.

Some local historians have suggested that the grocer side of the Garnham’s family took over William Creasey’s grocery & drapers’ business in Martham. The business may have operated from what is now Norwich House and these families certainly had the resources to build or modernise the building or turn part of it into a shop. Any earlier involvement of the Creasey family occupying Norwich House as a drapers is questionable given the ownership by Robert Ward.

By the time we get to 1861 ownership of the house had changed and William Lack (1819 to 1898) had taken over the shop (see appendix NH1861). He was from Norwich and married to Emma Rix in 1860.  His father’s full name was Thomas William Franks Lack who, by 1819, was a baker in Norwich.  William was a grocer and draper at Norwich House for at least 37 years. His wife was a draper before they married. They had two daughters who at times helped out on the drapery side of the shop. In 1891 both daughters worked in the shop along with their mother and it is easy to imagine it being the place to go for the best ladies of Martham society. William died in January 1898. Emma retired to Repps Road before her death in 1911. Both are buried at St Mary’s graveyard. See appendices NH1871, NH1881, & NH1891.
Another well-known local business man took over the shop after William and his name was James William Bane. This is a photograph of the house and shop run by James.

Difficult as it is to follow, believe it or not, William Bane was a very distant relative by marriage of Elizabeth Mary Garnham, the wife of Charles Purdy. He was the grand nephew of the husband of the 1st cousin of (Charles) the husband of Elizabeth.

The photograph below of cricket on the village green is attributed to around 1910 and shows Norwich House on the left with its shop front at the time of James Bane.

The photo below is another showing the house and shop believed to be in around 1920.

Marguerite Bane married Marshall William Alcock in 1924 and upon the death of her father the couple took over the shop and lived at Norwich House which traded under the name Central Supply Stores or Central Cash Stores but was more often known as Alcock’s.
Kelly’s Directory of 1937 has an entry that confirms the change of ownership as follows:
“Alcock M. W. (late Wm. Bane), grocer, provision & tea merchant, draper, clothier, wine & spirit merchant, & agent for Ind-Coope & Co. Central Supply Stores, The Green, TN33.”

The darkest corners of the house and shop previously only served by candles and oil lamps must have come alive with the supply of electricity in 1931. Here we have a photo of the trench work undertaken to install electricity to the village in that year at the front of the house.  It makes the green look very untidy and also shows the telegraph poles of the time. So perhaps the house and business not only had the new-fangled electricity but also a telephone.

In 1939 the nation was preparing for war and a national survey was carried out which shows that the occupiers of the house were only Marshall & Marguerite Alcock. The 1939 Register return is in the photo gallery as appendix NH1939.

Marshall died in 1949 but the shop continued in business in the same name for many years thereafter and Elizabeth Toll says she can remember using it in 1961 when Dr Royden recommended going there for bottles of Guinness and Mackeson as a sort of quack remedy. The shop was also an off-licence at that time. Marguerite died in 1970, aged 74, and she is buried along with her husband in St Marys graveyard.

The appendices are listed in this gallery of photos. Hover over any to see a description of them. Click on any to zoom in on it and then you can scroll through as many as you wish. 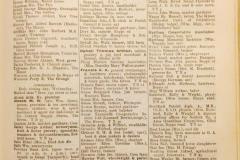 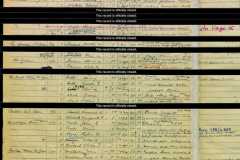 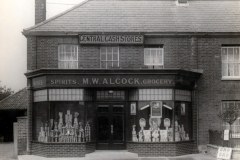 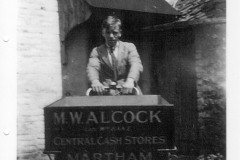 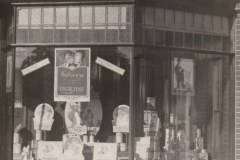 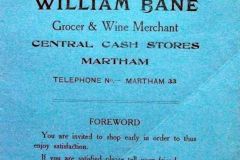 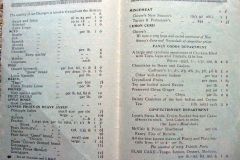 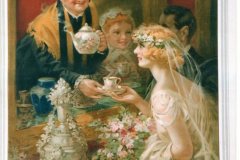 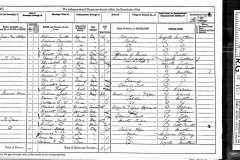 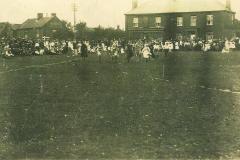 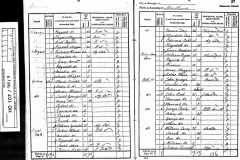 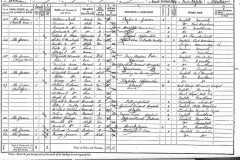 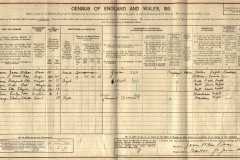 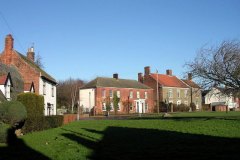 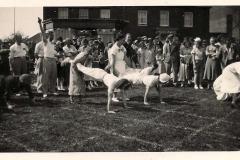 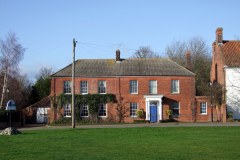 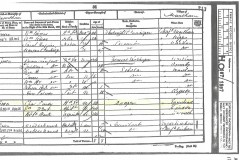 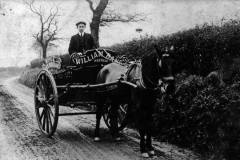