The King’s Arms has stood at the centre of the village for over 220 years. The exact date it was built is unknown but in 1793 the Royal Oak (an even more ancient pub on The Green) was said to be the only pub in Martham. It must have been very soon after this that Lacons Brewers built the King’s Arms because the advert below was published in the Norfolk Chronicle on 14th September 1793 for the King’s Arms to be let. It is thought that the west end was built first with the east extension at a later date possibly some 50 to 60 years after the original.

The above photograph is believed to be one of the earliest of the King’s Arms dating to around 1896 when it was called an Inn as opposed to a pub. At this time, it was already 100 years old. The photo shows the Inn with a big sign on a pole and shutters at some windows. At that time there were very few vehicles on the roads which were little more than compacted mud tracks so there is no car park next to the Inn just field gates.

The pub has always been at the heart of the community and has entertained many groups and associations. It has long had a bowling green at the rear and not surprisingly the Bowls Club held its meetings there.
In 1859 the local branch of the Oddfellows was established and held its monthly meetings in the pub until about 1905 when they moved to their own building at the former Methodist Church in Black Street. The Oddfellows had a membership at one time of over 200 and people would attend to pay subscriptions and make claims so this must have been a boost to pub takings each month.
Many other users including the Flegg Darts League, Martham Football Club, Quoits League, The Conservative Association, The Unionists Association and the Railway Staff’s Association made the pub their regular meeting place and in addition more formal sessions have been held for Licensing, Coroners and Petty Courts. One of the most significant meetings ever held in the village was held at the Inn on 30th November 1807 when the Commissioners for the 1807 Inclosure Act heard objections from those not satisfied with their proposals for enclosing the common land. It has always been a very popular venue for house, land and property auctions. Modern uses are of course special family events and parties.

The earliest known landlord is Robert Reed in 1794 and he may have responded to this advert that was published in the Norfolk Chronicle on 7th & 14th September 1793 when the inn was first let.

The earliest documented record of the King’s Arms is that shown in the 1812 Inclosure Award when the landlady was Mary Read but the Tithe payer was Edmund Lacon of the Lacon Brewery family. It was listed as a house, outbuildings and yard and is shown on the Inclosure Award map below.

On 6th December 1820 an advert appeared in the Norfolk Chronicle offering the King’s Arms for let, it said
“Lot 5 – King’s Arms, at Martham, in Norfolk with the stables and orchard adjoining in the occupation of M Read.”
This was the Mrs Read who was a widow and is shown in the licensee list.  She was the  landlady from 1806 to 1808 and possibly through to 1830.

In 1830 Robert Porter published his little guidebook to Martham called “The Strangers Guidebook for the Polite Village of Martham”. In it he included a sketch of himself and the landlord which is shown above. He describes the King’s Arms as follows:

“In passing (the north side of The Green) onwards you come across the King’s Arms Inn, kept by Mr Plummer, whose general attention and excellent accommodations are highly spoken of by travellers, as also his clean beds and excellent fare with his reasonable rate of charges.”
William Rogers was the licensee from 1836 to 1858 when the building was probably half the size it is now and may have been little more than a beer house with the good accommodation that Robert Porter mentions.  It seemed the norm at this time was for a landlord to only be part-time and William was no different because he was also a wheelwright and was listed as such the 1841 and 1851 census returns. In 1842 he was listed as being the occupier of the pub in the Tithe Award whilst the owner was Sir Edmund Lacon, Baronet of the brewing family. Below is a copy of the 1842 Tithe Award Map which shows that the 1812 plot had been split into four, numbered 330 the Inn; 331 garden; 332 bowling green and 333 pasture.

By 1858 Richard Rogers had taken over as licensee from his father William. Richard was born in 1829 in Martham and grew up at the Inn and no doubt learnt the trade at his father’s side. Richard was the landlord for about 20 years during which he was married three times and had seventeen known children. Consequently, the Inn must have been a hive of activity especially if it was during this period that it was extended to cope with his expanding family and expanding business.

Community activity continued throughout this period as is illustrated in an article from the Yarmouth Independent on 26th September 1865 which reported that:
“Two handsome prizes were given by landlord Richard Rogers, for subscribers of the King’s Arms Bowling Team. After some very fine play, the first prize was won by Mr. William Greenacre of Strumpshaw, the second prize going to Mr. John Lee Hunt of Martham.  An excellent tea was provided afterwards, in the landlords first rate style. An agreeable evening was spent with harmony prevailing to a late hour.”

Another example of a meeting at the King’s Arms followed a severe gale on the east coast in November 1897.  At Yarmouth a high sea flooded the Beach Gardens and the river overflowed its banks and entered private houses, offices and warehouses on the Quay.  On December 30th November 1897 Capt. Vereker, the professional adviser to the Harbour Department of the Board of Trade, held an inquiry at the King’s Arms Inn, Martham for the purpose of receiving suggestions as to the best methods of preventing future encroachments.

Richard died in 1901 and was buried at St Mary’s. You can read more about him, his wives, and his children by clicking on his name.

The next landlord was James Samuel Edmonds, who was born in 1821 at Scratby and married Elizabeth Solesby in 1856. James died in December 1882 and is also buried at St Mary’s. His wife, who was 14 years younger than him, took over the Inn and was listed in the 1891 census as a widow and the Inn keeper. She was still there with her son, John, in 1901.

This photo was taken c1901 at the time Elizabeth was the licensee and in comparison, to the one above shows that the sign pole had disappeared. There is an addition of a light over the front door when few people had electricity so this may have only been candle lit. (No gas in Martham at that time or since). The shutters are still there but one of the field gates had become a fence. Elizabeth continued as the landlady until around October 1905 when Frederick Albert Smith took over. Elizabeth died in 1913 and was buried with her husband at St Mary’s.

Frederick Albert Smith followed Elizabeth Edmonds as the licensee. Based on a report in the EDP on 15th November 1905 Frederick had been the master of the Workhouse at Rollesby before becoming the landlord at the King’s Arms. The article giving details of his presentation is shown below.
Frederick lasted for two years as the advert below testifies which appeared on 21st September 1907 in the Yarmouth Independent advertising his effects upon planning to leave the Inn.

The photo above with the delivery cart has a sign on it saying LAWRANCE. This was a delivery cart of Lawrance & Son that was established in 1860 in Beccles, although in 1865 they had premises at Fullers Hill, Great Yarmouth as ginger beer manufacturers. By 1869 the firm had moved to the corner of Northgate Street & Hammond Road and were manufacturers of soda water, ginger beer and syrups etc. The business continued there until the 1970’s. So here they were delivering to the King’s Arms all the way from Yarmouth.

Robert Futter became the publican on 19th July 1910. He was born in Martham and had married Elizabeth Say at St Mary’s on 1st January 1896. Prior to becoming the publican, he had been in the Royal Navy and was a blacksmith whilst living at Black Street, Martham.

The 1911 census recorded him as being both the landlord and a farmer and that they had four children. Robert remained as the landlord until 1917 when his wife became the licensee.  Robert and Elizabeth had a daughter called Ethel and she married Bertie Grapes in 1928 and he took over as the licensee of the pub on 25th June 1929.  Sadly, he died quite young in 1938 and had given up being the landlord the year before.

Norman Edgar Gibbs was the landlord from 21st September 1937 until October 1939. He was married to Florence; nee Tuck and they were from Great Yarmouth.

Arthur Harold Dulley was the licensee from 31st October 1939. He was from Cromer and had previously been a farmer. During his time there he was fined £1 in 1941 for selling liquor out of hours. The date he left is unknown.

Robert Swainsbury from Essex was the landlord in 1992/94.

If you know more about the landlords of the pub please contact me. 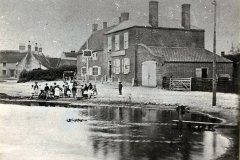 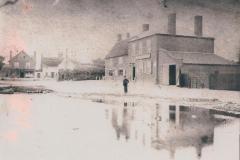 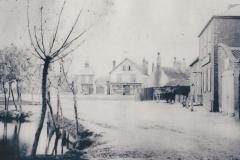 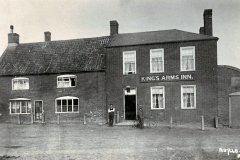 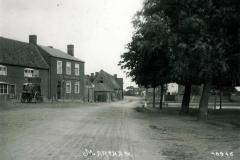 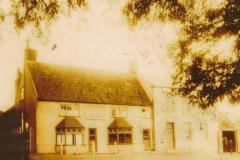 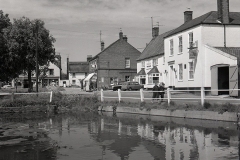 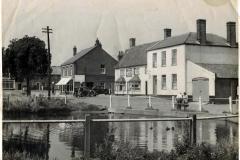 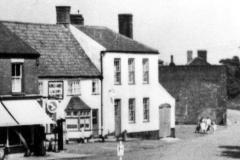 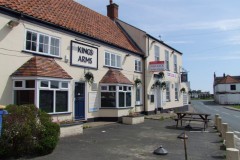