This information was kindly provided by Alistair Kirby who I much appreciate for his help.

The Kirby family, probably best known for its Haulage Company, can trace its business roots  to the end of the 19th century when James Kirby started the business in 1895. It was based in Black Street and traded as James E Kirby & Son Limited. The business was based on the site of an old brickfield clay pit opposite the Church which is now Oak Tree Close. They traded with the following: blacksmiths wheelwrights, timber merchants and farm contractors. The company owned four traction engines used for threshing, hay baling and also to power the saw benches.

During the Great War there was a huge demand for hay and the traction engines and balers would be working all over Norfolk baling hay for the horses in France.

Over time the traction and threshing engines were phased out and replaced with Combine Harvesters. There were 4 or 5 combines which worked for farms in the surrounding area. The company also had tractors and balers to bale the straw that was cut.

During the early days most of the goods would have been shipped via rail or wherry so the traction engines would be used to deliver the goods to either the river or the station.

As time moved forward and goods were required to be transported further the company started to purchase lorries. With most of the business centred around the local farms the lorries would be used for sugar beet, milk, sacks of corn and other farm related goods and produce. They also carted shingle from the local beaches.

We are not sure of the year when they purchased the first lorry, but the steam engines were used for transportation prior to the lorries and the company was considered one of Norfolk’s oldest Haulage Companies.

With the lorries mainly used on farm work most of the work was local. During the 1950’s the company started to move into the long-distance haulage business. This was mainly delivering fruit in the summer months before moving to more general haulage operations. With a mix of local and long-distance haulage the company delivered goods all over the UK from either farms or factories. During the 1960’s the company saw an expansion with the long-distance operations. It was during this time that they started working for Barnards Wire Netting factory at Norwich, a contract they held for around 25 years until the factory closed. With many of the operations seasonal this was a secure all year-round contract.

After the end of the 2nd World War they started to move the business into other areas.

Edgar Kirby (James son) purchased Churches Garage (located where Repps Road meets Rollesby Road on right of this photo). This would later become a BP petrol station where they also serviced cars and lorries. This company traded under the name of Edgar Kirby & Sons Limited.

Edgar then bought the shops on the Green from the Francis family from here they sold new cars in one side of the building and the other was a television shop providing rental and TV sales as well as TV repairs.

Next to be purchased was another shop on the Green which was converted into an early day “Supermarket” this was kitted out with fridges and freezers which were rare at the time and they also supplied other food products. Edgar bought this for his youngest daughter Betty as a birthday present.

In addition to the businesses they also owned a company called River Days Limited. This was set up to manage the river bungalows and marsh land that the family owned.

The businesses were owned and managed by three generations of the Kirby Family.

Edgar had four children Gladys, Leonard, Jimmy (James) and Betty (Iris). All of Edgar’s children were involved with the business at some point during their lives.

After Edgar passed away in 1963 the business was divided up between the four children and they traded as separate companies.

The original company James E Kirby & Son Limited was then owned and managed by Leonard Kirby. This company was the first to start and the last to finish and continued trading until 1990 when with the retirement of Leonard at the age of 77 he decided to close the business. By this time, they just had the haulage and with the ending of one of the main contracts due to a factory closure this was good time to call it a day.

Betty Kirby continued with her shop on the Green until her untimely death due to ill health in 1968,  after this the shop passed to her older sister Gladys.  Gladys also looked after River Days Ltd bungalows shown on the left.

The family traded in the village of Martham for 95 years. At the peak of business, the family were involved with transport, timber, combine harvesting and baling from the Black Street premises.  Then on the Green there were the shops and garages.

We are not sure of the exact number of staff, but we can estimate between 40 and 50.

For all the years that the family was in business they always maintained a good relationship with Bracey’s who were the longest serving customer.

Sadly, with all family businesses they ran the course of time and this one like many others had its time and now has its place in the history of Martham.

Who owned the land that Kirby’s Yard was built on before them? You can find out by clicking HERE.

Below is an album showing more photographs. Click a thumbnail for a close-up and scroll through all the images from there. 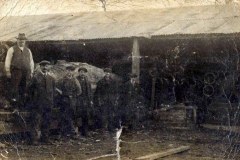 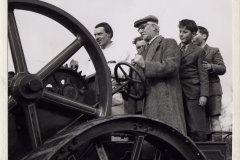 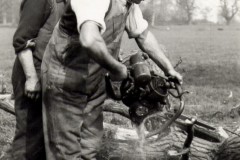 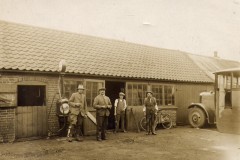 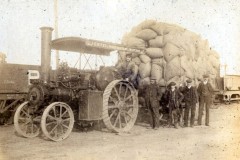 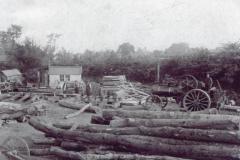 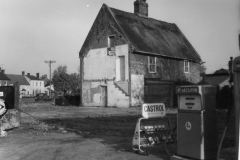 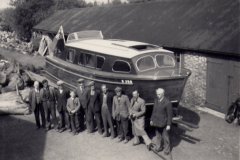 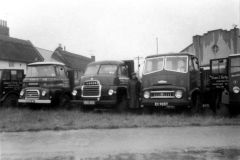 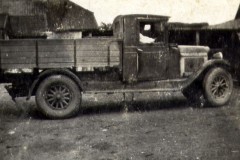 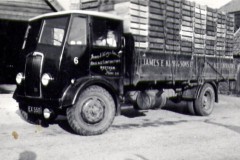 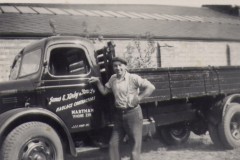 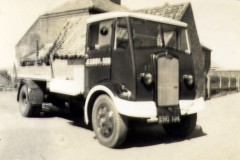 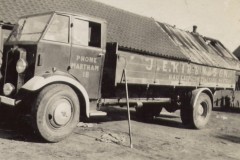 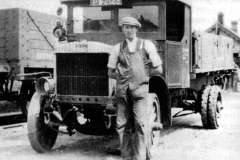 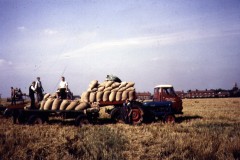 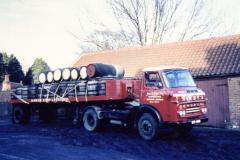 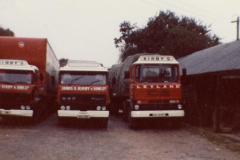 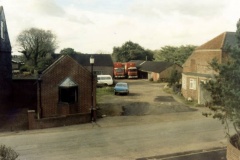 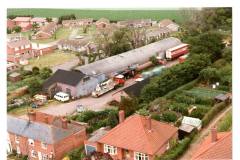 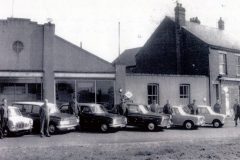 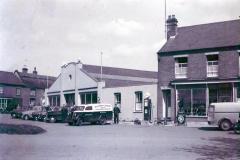 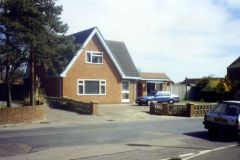 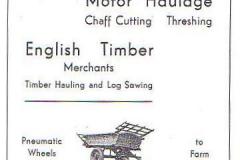 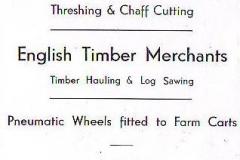 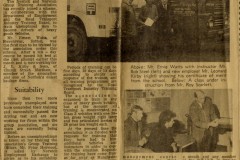