The House stands on the corner of Hemsby Road and Back Lane. It was first listed on 20th February 1952 and subsequently amended on 24th September 1962. The listing said:

Above source: [Planning (Listed Buildings and Conservation Area) Act 1990 as amended for its special architectural or historical interest.]

The house was recorded on the Martham Tithe Award Map of 1842. The tithe map was drawn because the Tithe Commutation Act of 1836 required that payments of tithe in the form of farm produce should be replaced by money payments. Tithe was a tax, which was paid to the local church. Below is a copy of the map centred on the Village Green and it shows The Gables as plot No 682. In 1842 it was owned by James Bane but occupied by William Randle which can been seen in the copy of the Tithe Award schedule in the photo gallery below. James Bane was a grocer and mill owner who lived at Norwich House.

Edward & Rachel Dyble (sometimes spelt Dyball) lived there for many years from about 1894 after they were married at St Mary’s . They had at least five children in the family house. Edward was a corn miller who died in 1933 but Rachel continued to live there until her death in 1953.

In 1990 the house suffered considerable damage in a major fire that almost completely destroyed it. The Pynegar family lived there at the time and deserve great credit for having the house re-built so that it now looks as grand as it always was. 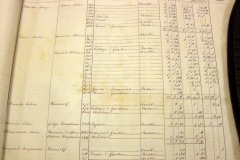 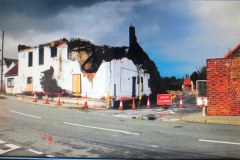 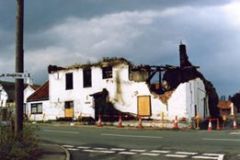 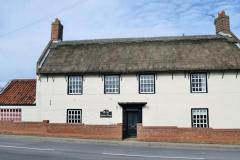 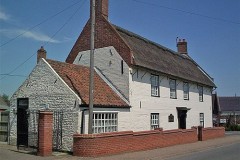